Brigadier Juan Mackenna (26 October 1771 – 21 November 1814) was an Irish-born, Chilean military officer and hero of the Chilean War of Independence. He is considered to have been the creator of the Corps of Military Engineers of the Chilean Army. 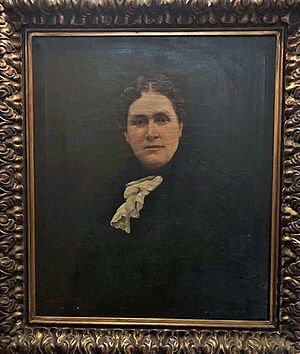 He was born John MacKenna (or Seán Mac Cionath in Irish) in Monaghan, Co. Monaghan, Ireland, the son of William MacKenna of Willville House near Monaghan town and Eleanora O'Reilly and, on his mother's side, a nephew to Count Alejandro O'Reilly. Count O'Reilly took an interest in the young Mackenna and took him to Spain where he studied at the Royal School of Mathematics in Barcelona. He also trained in the Royal Military Academy as a Military Engineer between 1785 and 1791.

In 1787 he was accepted into the Irish Brigade of the Spanish army, and joined the army fighting in Ceuta in northern Africa, under Lieutenant Colonel Luis Urbina, and was promoted to Second Lieutenant. In 1791 Mackenna resumed his studies in Barcelona and acted as liaison with mercenaries recruited in Europe. The following year he was promoted to Lieutenant in the Royal Regiment of Engineers. In the War of the Pyrenees against the French, Juan Mackenna fought in Rosselló under General Ricardos and there met the future liberator of Argentina, José de San Martín. For his exploits in defence of the Plaza de Rozas, he was promoted to captain in 1795.

For the purpose of a new assignment, in October 1796, Juan Mackenna left Spain for South America. He arrived in Buenos Aires and then travelled to Mendoza and to Chile across the Andes and then to Peru. Once in Lima, he contacted Ambrosio O'Higgins, another Irishman, at that time Viceroy of Perú, who named him Governor of Osorno and put him in charge of the reconstruction works for this southern Chilean town.

In this capacity, Juan Mackenna convinced the families of Castro, on the island of Chiloé, to move to Osorno to found a colony there. He built the storehouse and two mills, as well as the road between Osorno and present-day Puerto Montt. His successful administration provoked jealousy from Chile's captain-general Gabriel de Avilés, who feared that Juan Mackenna and Ambrosio O'Higgins would create an Irish colony in Osorno. Both Irishmen were loyal to the Spanish crown, though Juan Mackenna had good relations with O'Higgins' son Bernardo, the future emancipator of Chile, and was also connected with the Venezuelan Francisco de Miranda and his group of supporters of South American independence. When Ambrosio O'Higgins died in 1801, Avilés was appointed viceroy of Peru. It took him eight years to remove O'Higgins's protégé Juan Mackenna from Osorno.

In 1809 Juan Mackenna married Josefina Vicuña y Larraín, an eighteen-year-old Chilean woman from a family with revolutionary connections, with whom he had three children: María del Carmen Dolores, Juan Francisco María del Tránsito, and Félix. After the Declaration of Chilean Independence in 1810, he adhered to the Patriot side and was commissioned by the first Chilean government to prepare a plan for the defense of the country and oversaw the equipment of the new Chilean Army. At this juncture he trained the first military engineers for the new army.

The following year he was called to the defence committee of the new Republic of Chile, and in 1811 was appointed governor of Valparaíso. Owing to political feuds with José Miguel Carrera and his brothers, Juan Mackenna was dismissed from the post and taken prisoner. He was a firm ally of Bernardo O'Higgins, who appointed him as one of the key officers to fight the Spanish army of General Antonio Pareja. Mackenna's major military honour was attained in 1814 at the Battle of Membrillar, in which the general assured a temporary collapse of the royal forces.

As a reward for his victory, he was appointed commandant-general by Bernardo O'Higgins, but after a coup d'état led by Luis Carrera he was exiled to Argentina in 1814, when Carrera took over power. Juan Mackenna died in Buenos Aires late in 1814, after a duel with Luis Carrera.

A bust of General MacKenna was publicly presented to Monaghan County Museum on 5 August 2004 by his direct descendant es:Luis Valentín Ferrada. At the presentation ceremony General MacKenna, the man "unreservedly regarded as the greatest of Co. Monaghan's exiles" was commemorated in speeches by Most Rev. Dr Joseph Duffy, Bishop of Clogher and by his descendant Senor Ferrada who declared, "In this city of Monaghan, very near to Willville House, the tombs of my ancestors are in the old cemetery. There, my own blood is interred in the sacred earth."

Mackenna was the great-grandfather of Chilean composer Carmela Mackenna.

All content from Kiddle encyclopedia articles (including the article images and facts) can be freely used under Attribution-ShareAlike license, unless stated otherwise. Cite this article:
Juan Mackenna Facts for Kids. Kiddle Encyclopedia.