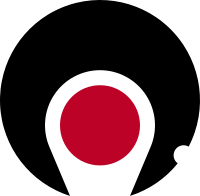 Kagoshima Prefecture (鹿児島県code: ja is deprecated , Kagoshima-ken) is a prefecture of Japan on the island of Kyushu. The capital city is Kagoshima.

Kagoshima Prefecture is made from the old provinces of Ōsumi and Satsuma, including the northern part of the Ryukyu Islands.

During the Sengoku period and Edo period, Ōsumi was controlled by the Shimazu clan of Satsuma.

This region played a key role in the Meiji Restoration. Important historical figures from Kagoshima are Saigo Takamori and Tōgō Heihachirō.

Kagoshima borders Kumamoto Prefecture and Miyazaki Prefecture. It is in the southern part of Kyushu facing the Pacific Ocean.

National Parks are established in about 9% of the total land area of the prefecture.

Kagoshima jinja, Hirasaki jinja and Nitta Hachiman-gū are the chief Shinto shrines (ichinomiya) in the prefecture.

All content from Kiddle encyclopedia articles (including the article images and facts) can be freely used under Attribution-ShareAlike license, unless stated otherwise. Cite this article:
Kagoshima Prefecture Facts for Kids. Kiddle Encyclopedia.