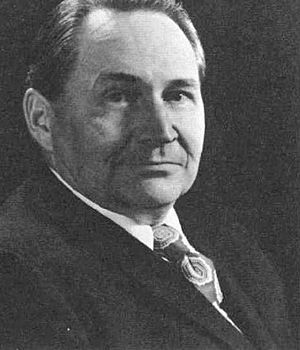 Lowell Tom Perry (August 5, 1922 – May 30, 2015) was an American businessman and religious leader. He was a member of the Quorum of the Twelve Apostles of The Church of Jesus Christ of Latter-day Saints (LDS Church) from April 6, 1974 until his death.

Perry was born in Logan, Utah. He was married twice and had three children. His first wife, Virginia Lee, died from cancer in December 1974. He was married his second wife, Barbara Dayton, from 1976 until his death.

All content from Kiddle encyclopedia articles (including the article images and facts) can be freely used under Attribution-ShareAlike license, unless stated otherwise. Cite this article:
L. Tom Perry Facts for Kids. Kiddle Encyclopedia.