Lawnton is a suburb in the Moreton Bay Region, Queensland, Australia. In the 2016 census, Lawnton had a population of 5,658 people.

Lawnton is bounded on the north by the North Pine River. Gympie Road passes through the centre of the suburb in a north-south direction. 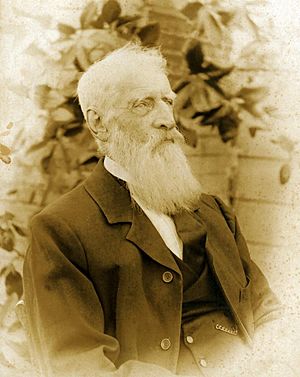 The origin of the suburb name is from an early property owner, the blacksmith Stephen Lawn. The property was acquired by Queensland Rail and was named Lawnton.

Lawnton has a number of heritage-listed sites, including: 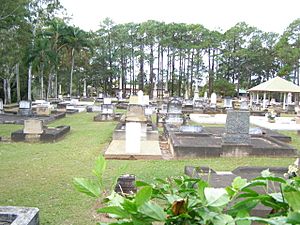 The median age of the Lawnton population was 36 years, 1 year below the national median of 37.

The Lawnton industrial estate as well as retail and commerce establishments along Gympie Road provide local services and employment. Alluvial gravel and sand mining also occur in Lawnton. There have been recent industrial and retail developments in Lawnton.

All content from Kiddle encyclopedia articles (including the article images and facts) can be freely used under Attribution-ShareAlike license, unless stated otherwise. Cite this article:
Lawnton, Queensland Facts for Kids. Kiddle Encyclopedia.