Division of Dickson facts for kids 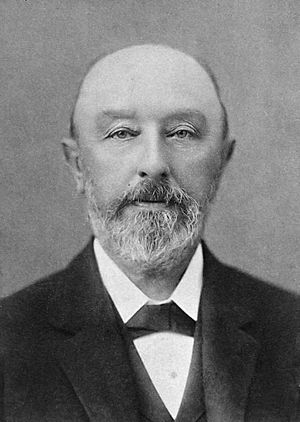 The Division of Dickson is an Australian Electoral Division in Queensland, Australia. It was set up in 1992 and is named after Sir James Dickson, a supporter of the Australian Federation, the Premier of Queensland and Minister for Defence in the first Australian government. It covers the outer north-western suburbs of Brisbane, including Albany Creek, Arana Hills, Bray Park, Brendale, Cashmere, Dayboro, Eatons Hill, Everton Hills, Ferny Hills, Joyner, Kallangur, Lawnton, Mount Glorious, Mount Nebo, Petrie, Samford Valley, Strathpine and Warner.

There was an unusual circumstance at the 1993 election. One of the candidates, an independent, died very shortly before the election. Because of this another election had to be called for the division a month later than the general election. The Labor Party won the election, and Prime Minister Paul Keating selected his new ministers on 27 March. He did not include an Attorney-General, keeping the position open for Michael Lavarch. Lavarch won the division, and was appointed to the ministry on 27 April.

Michael Lavarch had previously had been member for the Division of Fisher. He was Attorney-General in the Keating Government. Tony Smith did not receive Liberal Party support for the upcoming 1998 election, and so become an independent. Cheryl Kernot had been a member of the Australian Senate and leader of the Australian Democrats. She resigned, joined the Labor Party and won the division in 1998. Peter Dutton was a minister in the Howard Government and Minister for Health and Minister for Sport in the Abbott Government.

All content from Kiddle encyclopedia articles (including the article images and facts) can be freely used under Attribution-ShareAlike license, unless stated otherwise. Cite this article:
Division of Dickson Facts for Kids. Kiddle Encyclopedia.