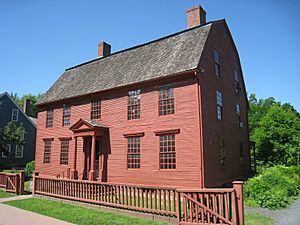 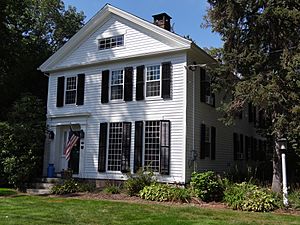 Asa Barnes Tavern/Levi B. Frost House in Southington, Connecticut, in 2011

A series of sites along the Washington–Rochambeau Revolutionary Route have been listed on the U.S. National Register of Historic Places or otherwise recognized and preserved. Buildings or roadway or other artifacts at these sites have been preserved and still evoke the army's passage in 1781 and its return in 1782. A multiple-property documentation study completed in 2001 addressed many of the Connecticut sites, and outlined criteria for NRHP-eligibility of others. Recognized historic sites include, from East to West: 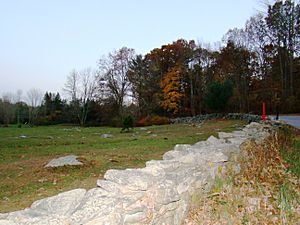 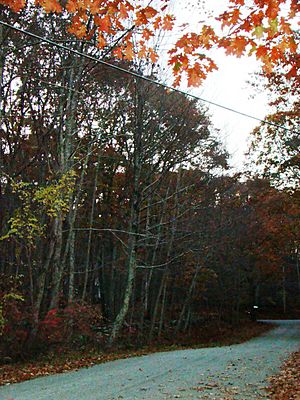 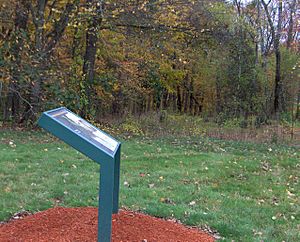 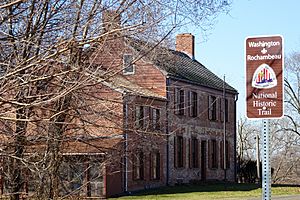 All content from Kiddle encyclopedia articles (including the article images and facts) can be freely used under Attribution-ShareAlike license, unless stated otherwise. Cite this article:
List of historic sites preserved along Rochambeau's route Facts for Kids. Kiddle Encyclopedia.