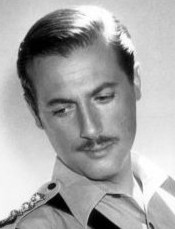 Lloyd Wolfe Bochner (July 29, 1924 – October 29, 2005) was a Canadian movie, television, stage, and voice actor. He is known for his television role as Chief Inspector Neil Campbell in Hong Kong and as the voice of Gotham City's Mayor Hamilton Hill in Batman: The Animated Series and in The New Batman Adventures. He won an ACTRA Award in 2004.

All content from Kiddle encyclopedia articles (including the article images and facts) can be freely used under Attribution-ShareAlike license, unless stated otherwise. Cite this article:
Lloyd Bochner Facts for Kids. Kiddle Encyclopedia.