The Malleco Province (Spanish: Provincia de Malleco) is one of two provinces of the Chilean region of Araucanía (IX). The provincial capital is the city of Angol.

The Malleco province is in the northern half of the Araucanía region with an area of 13,433.3 sq mi (34,792 km2). The capital, Temuco, is in the northwestern part of the province.

Malleco is bordered to the north by the Bío Bío provinces, to the east by Argentina, to the south by the Cautín province and to the west by the Arauco province.

As a province, Malleco is a second-level administrative division, consisting of 11 communes (comunas). The city of Angol serves as the provincial capital. The province is administered by a governor. 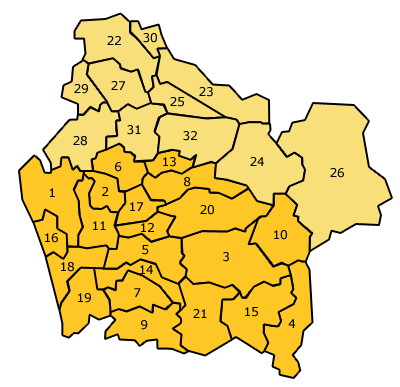 All content from Kiddle encyclopedia articles (including the article images and facts) can be freely used under Attribution-ShareAlike license, unless stated otherwise. Cite this article:
Malleco Province Facts for Kids. Kiddle Encyclopedia.