Mars in fiction facts for kids 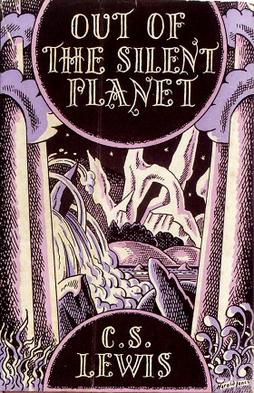 Novels and short stories about Mars have been popular for over a hundred years. The planet's dramatic red color that some people can see is one reason for this. another is that the planet is close to Earth. Also, it looks somewhat like Earth. There are also stories about creatures from Mars on Earth and elsewhere.

Near the end of the 19th century, the astronomer Giovanni Schiaparelli reported seeing what he thought might be water channels on Mars. Because the Italian for channels is canali, English translations tended to render the word as "canals", implying artificial construction. This led to the idea of intelligent beings on Mars before it apparently dried up.

The following works of fiction deal with the planet itself, with any assumed Martian civilization as part of its planetary landscape.

Several early modern writers, including Athanasius Kircher and Emanuel Swedenborg, hypothesized contact with Mars. Early science fiction about Mars often involved the first voyages to the planet, sometimes as an invasion force, more often for the purposes of exploration.

By the 1930s, stories about reaching Mars had become somewhat trite, and the focus shifted to Mars as an alien landscape. In the following stories, human contact and basic exploration had taken place sometime in the past; Mars is a setting rather than a goal.

Beginning in 1965, the Mariner and Viking space probes revealed that the canals were an illusion, and that the Martian environment is extremely hostile to life. By the 1970s, the ideas of canals and ancient civilizations had to be abandoned.

Authors soon began writing stories based on the new Mars (frequently treating it as a desert planet). Most of these works have humans struggling to tame the planet, and some of them refer to terraforming (using technology to transform a planet's environment).

A common theme, particularly among American writers, is that of a Martian colony fighting for independence from Earth. It appeared already in Heinlein's Red Planet and is a major plot element in Greg Bear's Moving Mars and Kim Stanley Robinson's Mars trilogy. It is also part of the plot of the movie Total Recall and the television series Babylon 5. Many video games also use this concept, such as the Red Faction and Zone of the Enders series. A historical rebellion of Mars against Earth is also mentioned in the Star Trek series of novels.

In the decades following Mariner and Apollo, the once-popular subgenre of realistic stories about a first expedition to Mars fell out of fashion, possibly due to the failure of the Apollo Program to continue on to Mars. The early 1990s saw a revival and re-envisioning of realistic novels about Mars expeditions. Early novels in this renaissance were Jack Williamson's novel Beachhead and Ben Bova's novel Mars (both 1992), which envisioned large-scale expeditions to Mars according to the thinking of the 1990s. These were followed by Gregory Benford's The Martian Race (1999), Geoffrey A. Landis's Mars Crossing (2000), and Robert Zubrin's First Landing (2002), which took as their starting points the smaller and more focussed expedition strategies evolved in the late 1990s, mostly building on the concepts of Mars Direct.

Several post-Mariner works are homages to the older phase of Mars fiction, circumventing the scientific picture of a dry and lifeless Mars with an unbreathable atmosphere through such science fiction generic staples as positing its future terraforming, or creating alternate history versions of Mars, where Burroughs' Barsoom, Bradbury's Martian Chronicles or The War of the Worlds are literal truth.

The Martian is a favorite character of classical science fiction; he was frequently found away from his home planet, often invading Earth, but sometimes simply a lonely character representing alienness from his surroundings. Martians, other than human beings transplanted to Mars, became rare in fiction after Mariner, except in exercises of deliberate nostalgia – more frequently in some genres, such as comics and animation, than in written literature.

All content from Kiddle encyclopedia articles (including the article images and facts) can be freely used under Attribution-ShareAlike license, unless stated otherwise. Cite this article:
Mars in fiction Facts for Kids. Kiddle Encyclopedia.