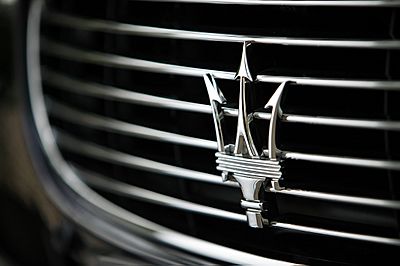 Maserati is an Italian luxury car making company. It began working with the company known as Ferrari, but recently changed to a group that includes Alfa Romeo. The Maserati brothers were named Alfieri, Bindo, Carlo, Ettore, and Ernesto. Alfieri initially raced with cars from a company called Diatto, but in 1926 when they stopped being produced, Alfieri and his brothers created a company called Maserati. One of the first cars that they made (driven by Alfieri) won the 1926 Targa Florio. Alfieri died in 1932, but the three other brothers continued making the cars. Their trident logo was probably created by an artist named Mario.

All content from Kiddle encyclopedia articles (including the article images and facts) can be freely used under Attribution-ShareAlike license, unless stated otherwise. Cite this article:
Maserati Facts for Kids. Kiddle Encyclopedia.