Matraville is located in the Eastern Suburbs of Sydney, in the state of New South Wales, Australia. It is approximately 9 km (6 mi) by road south-east of the Sydney central business district, in the local government area of the City of Randwick.

Matraville is named in honour of James Matra (1746–1806), an American sailor and diplomat, who was a midshipman on the voyage by Captain James Cook to Botany Bay in 1770. Matra was born in New York, but later settled in England. Matra had walked over the area with Cook and his close friend, botanist Joseph Banks. Matra had proposed to the British government that it establish a colony at Botany Bay in 1783, which he envisaged could be a place that American loyalists could also settle. 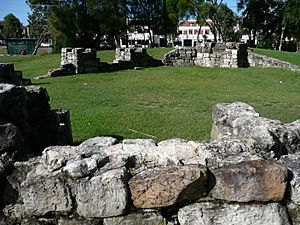 Sandstone wall at the site of the soldiers' settlement

Matraville was originally reserved for the Church and Schools Corporation with income generated intended to support clergy and teachers. The school was established in 1904, thanks to the efforts of John Rowland Dacey, the state member for Botany, who had nearby suburb of Daceyville named after him. The school was originally known as Cross Roads but Dacey suggested that the name Matra would be more appropriate in honour of James Matra. Dacey's suggestion was accepted by the Department of Education and the school and suburb became Matraville. The land at Matraville reverted to the crown in 1917 and 72.5 acres (29.3 ha) were allocated for a settlement for soldiers returning from World War I. This parcel became one of the first large residential developments in the area – between 1918 and 1925. The Voluntary Workers Association was formed to build homes for soldiers and their families at the intersection of Anzac Parade and Beauchamp Road. The first cottage at the settlement was completed in 1919 and the residential area became known as Matraville Soldiers Garden Village. A total of ninety-three cottages were built between 1918 and 1925. They were eventually taken over as State Government public housing. In 1977, all the cottages except one were demolished in spite of public protest; the one remaining cottage can still be seen in Somme Way. All that is left of the other cottages is a park with sections of sandstone walls and foundation stones laid by a number of people, including then Prime Minister William Morris Hughes. Matraville was gazetted as a postal area in 1911.

Matraville is a suburb steeped in ANZAC history. Matraville Soldiers' Settlement Public School is surrounded by roads commemorating the battlefields of World War I. These include Amiens, Ypres, Pozieres, Beauchamp, Menin, Flanders, Amiens, Bullecourt, Bapaume, Hamel, Armentieres inter alia. One street is Lone Pine Pde, referring to the bloody battle at Gallipoli where more than 2000 Australians died. Pozieres Ave, commemorates the battle during World War I, where Australia lost as many men in six weeks as they did in the whole of the Gallipoli campaign. Other streets in the area are named after rivers, Torrens, Franklin, Namoi, Hunter, Clarence and also early Australian explorers, Cunningham, Blaxland, Lawson and Oxley. HMAS Oxley was an Oberon class submarine in the Royal Australian Navy. Matraville was split between Randwick and Botany Councils. When problems arose from the division in 1961, Botany Council decided to rename its portion Gilmore, to honour Australian poet Mary Gilmore (1864–1962). After the post masters general office pointed out that there already was a Gilmore, New South Wales (near Tumut), the council chose Hillsdale to honour Patrick Darcy Hills, who was the New South Wales minister for local government. It was a controversial choice since most residents believed that a name should have been chosen that reflected Australia's history.

Matraville was one of the last bastions of traditional Chinese market gardens which is listed on the State Heritage Register. Until 1859 market gardens in the district were owned and tended by Europeans. After the main wave of gold rushes in the 1850s Chinese workers moved into the district. By the 1920s Chinese market gardens across NSW were being squeezed out by larger scale, more modern agriculture. The gardens at Matraville continued into the 1970s when leases were rescinded by the Crown. Despite opposition from Randwick Council and local residents the gardens were bulldozed to make way for housing development.

Matraville was once home to a coal-fired power plant, which was demolished in the 1980s to make way for further Port Botany expansion and a State Transit Authority bus depot, which provides services from the peninsula to the city. The only remaining part of the Bunnerong power station is called 'the Sucko', due to the 'sucking' inlet valve for water to cool the power plant. It is a popular swimming spot. In 1934 the fourth section of the La Perouse tramline was built to the power station which helped to encourage residential and industrial growth in the area. 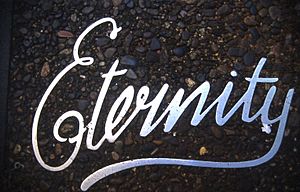 Landmarks include Heffron Park, a large reserve bordering Maroubra, formerly the site of a naval stores base in World War II. Eastern Suburbs Memorial Park sits along the southern border of the suburb and incorporates Botany Cemetery, Eastern Suburbs Crematorium and Pioneer Park. Arthur Stace, known in Sydney as Mr Eternity, is buried at Botany Cemetery. He was famous for his practice of writing the word Eternity all over Sydney during the fifties and sixties. 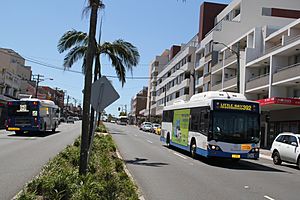 Heffron Park bounded by Bunnerong Road, Jersey Road, Robey Street and Fitzgerald Avenue comprises many sporting facilities including The Matraville Sports Centre with its squash and tennis courts. The recently updated Des Renford Leisure Centre has a gym, a crèche, an indoor heated pool, an outdoor Olympic sized pool and 2 pools for juniors The Heffron Park sporting fields are set in extensive grasslands with a 4.2 km (2.6 mi) bicycle track that weaves through the entire park. The park also provides opportunities for passive recreation such as walking, jogging, kite flying and ball games. In addition nearby Matraville RSL club, provides activities such as lawn bowls, social golf, tennis, darts and snooker. The Malabar Riding school is located on Wassel Street near the Chinese Gardens. Matraville Sports High School's Rugby League Program is one of the fastest growing in schoolboy Rugby League. The Matraville Tigers are the local junior rugby league club

Matraville is close to some of Sydney's well-known beaches such as Maroubra Beach and Coogee Beach, Long Bay, Little Bay and the more sedate and secluded Congwong Beach near the mouth of Botany Bay. Sydney Dive Academy is based at Matraville, just north of one of Sydney's scuba diving locations, Bare Island.

The Star Drive-in theatre opened in August 1958 and operated until 8 August 1984 when it closed for the last time because it was no longer profitable. No fanfare greeted the last screening and only nine cars were there to view the last film screened, The Exterminator. Drive-ins have featured in many Australian films. The best known is movie Dead End Drive-In (1986), a satirical futuristic action film in which troublesome youth, the unemployed and unwanted immigrants are herded into a drive-in converted into a detention centre. Filming took place at Sydney's Matraville Drive-in. The Matraville Drive-in was demolished shortly after movie was completed, joining the hundreds of Australian drive-ins to suffer a similar fate in the 1980s. Matraville also hosts a very large Christmas lights decoration in the areas around Flanders Avenue, Knowles Avenue, Franklin Street, Clarence Street and Barwon Crescent.

In Matraville, 58.0% of people were born in Australia. The most common other countries of birth were China (excludes SARs and Taiwan) 3.7%, England 2.9%, New Zealand 2.1%, Indonesia 1.7% and Hong Kong (SAR of China) 1.3%. Aboriginal and Torres Strait Islander people made up 3.3% of Matraville's population.

The most common occupations in Matraville included Professionals 22.4%, Clerical and Administrative Workers 17.4%, Managers 12.6%, Technicians and Trades Workers 12.0%, and Sales Workers 10.2%.Of the employed people in Matraville (State Suburbs), 4.2% worked in Hospitals (except Psychiatric Hospitals). Other major industries of employment included Higher Education 2.8%, Primary Education 2.3% and Air and Space Transport 2.0%.

All content from Kiddle encyclopedia articles (including the article images and facts) can be freely used under Attribution-ShareAlike license, unless stated otherwise. Cite this article:
Matraville, New South Wales Facts for Kids. Kiddle Encyclopedia.