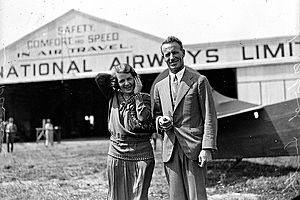 The division covers the south-eastern suburbs of Sydney, on the north shore of Botany Bay, and the coast of the Tasman Sea. It includes Coogee, Randwick, Maroubra, Mascot, Botany, Malabar and Kensington.

Lionel Bowen was a minister in the Whitlam government and the Deputy Prime Minister under Bob Hawke. Laurie Brereton was a minister in the Keating government. Peter Garrett was the lead singer of the Australian band Midnight Oil, and a former President of the Australian Conservation Foundation. He served as the Minister for the Environment and Minister for Education. Garrett retired at the 2013 election. He was replaced by Matt Thistlethwaite who had been a member of the Senate.

All content from Kiddle encyclopedia articles (including the article images and facts) can be freely used under Attribution-ShareAlike license, unless stated otherwise. Cite this article:
Division of Kingsford Smith Facts for Kids. Kiddle Encyclopedia.