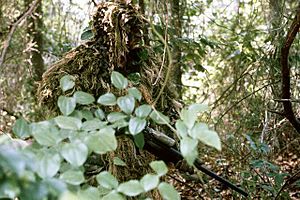 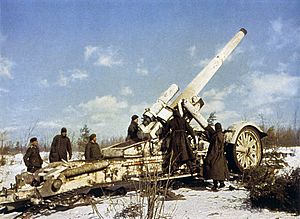 Camouflage is a type of clothing, fabric covering, or painted pattern used by militaries and armies to make it harder to see soldiers and weapons such as artillery guns and military vehicles. Camouflage clothes, fabric coverings, and paint use a colored pattern of several colors that is designed to blend in with the surroundings. Camouflage patterns are also used for hunting clothes. 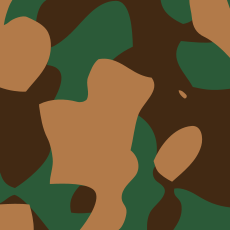 A simple example of common camouflage 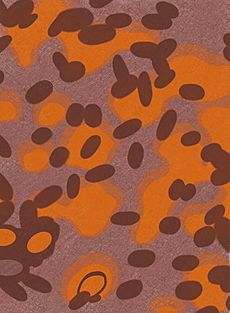 The SS-plane-tree pattern (autumn variation) from 1937

Camouflage became an important part of modern military tactics when the accuracy of rifles and cannons improved at the end of the 1800s. But armies continued to use bright colours and designs until the 20th century. During World War II camouflage became a common feature in military uniforms. As well, many military vehicles such as planes and trucks were painted with camouflage patterns.

All content from Kiddle encyclopedia articles (including the article images and facts) can be freely used under Attribution-ShareAlike license, unless stated otherwise. Cite this article:
Military camouflage Facts for Kids. Kiddle Encyclopedia.