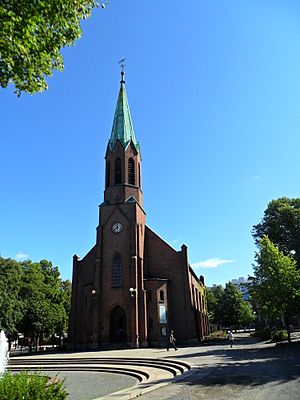 Moss is a coastal town in the Norwegian county of Østfold. It served an important role in the declaration of independence from the union with Sweden. The city used to have a lot of heavy industries, like shipyards and paper mills. Today it has mostly service sector businesses (shops, banks etc.)

All content from Kiddle encyclopedia articles (including the article images and facts) can be freely used under Attribution-ShareAlike license, unless stated otherwise. Cite this article:
Moss, Norway Facts for Kids. Kiddle Encyclopedia.