Murfreesboro is a town in Hertford County, North Carolina, United States. The population was 2,835 at the 2010 census. The town is home to Chowan University.

There were 919 households, out of which 23.4% had children under the age of 18 living with them, 44.5% were married couples living together, 15.1% had a female householder with no husband present, and 37.5% were non-families. 34.1% of all households were made up of individuals, and 17.5% had someone living alone who was 65 years of age or older. The average household size was 2.22 and the average family size was 2.82.

The first recorded inhabitants of the area were Native Americans from the Nottoway, Meherrin and Chowanoke tribes.

The first European to visit the area was John White of Roanoke Colony in the 16th century. It was also visited by an expedition from Jamestown, Virginia in the 17th century.

The last native inhabitants, the Chowanokes, were expelled after warring with the English in 1675 and 1676. After that, they were moved to a reservation east of the Chowan River in what is now Gates County, North Carolina.

The Beginning of Settlement to the American Revolution

The first known deed to property in the area is a land grant dated November 5, 1714 to Henry Wheeler for a tract on the Meherrin River which included what is now Murfreesboro. Several other transactions quickly followed and in 1735, Joseph Parker founded the Meherrin Church, making it the second oldest Baptist church in North Carolina. (now known as the Meherrin Baptist Church)

On May 27, 1746, James Jordon Scott sold 150 acres (0.61 km2) on the Meherrin River, (part of Wheeler's original grant) to an Irish immigrant, William Murfree of Nansemond County, Virginia. On December 12, 1754, the General Assembly designated Murfree's Landing as a King's Landing where imports and exports would be inspected by a representative of the King.

Revolution to the American Civil War 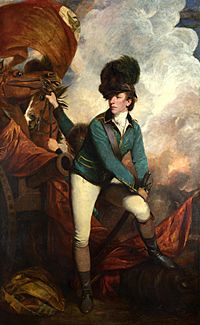 William Murfree contributed 97 acres (390,000 m2) of land surrounding Murfree's Landing in 1787 to the growing settlement to form a town. The town was chartered by the General Assembly and renamed Murfreesboro on January 6, 1787. This act also provided for the establishment of a public dock as the town was located at the northernmost point of navigation on the Meherrin river.

Murfreesboro was designated by the US Congress in 1790 as an official port of entry, and the customs records indicate a profitable three-cornered trade with New England and the West Indies.

In 1809, the Hertford Academy was established in Murfreesboro and opened for business in 1811. In 1814, Harriet Sketchly and Martha Sketchly arrived and expanded the female department of the academy considerably so that by 1849, it became the Chowan Baptist Female Institute, the forerunner of Chowan University.

The old Murfreesboro public school (which housed grades 1 - 12 until 1972) has been remodeled into the Brady C. Jefcoat Museum housing the collections of Brady Jefcoat, a Raleigh, North Carolina native. It includes hundreds of well-preserved ordinary items from the late 19th and early 20th century, including functional phonographs, radios, washing machines, and agricultural implements, as well as a wide variety of other novelties.

Chowan University, a small Baptist university, is located in Murfreesboro.

All content from Kiddle encyclopedia articles (including the article images and facts) can be freely used under Attribution-ShareAlike license, unless stated otherwise. Cite this article:
Murfreesboro, North Carolina Facts for Kids. Kiddle Encyclopedia.