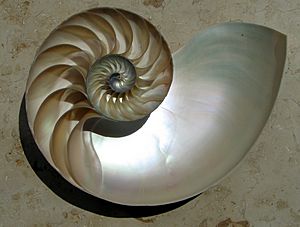 Logarithms or logs are a part of mathematics. They are related to exponential functions. A logarithm tells what exponent (or power) is needed to make a certain number, so logarithms are the inverse (opposite) of exponentiation. Historically, they were useful in multiplying or dividing large numbers.

An example of a logarithm is

Logarithms were first used in India in the 2nd century BC. The first to use logarithms in modern times was the German mathematician Michael Stifel (around 1487–1567). In 1544, he wrote down the following equations:

. This is the basis for understanding logarithms. For Stifel, 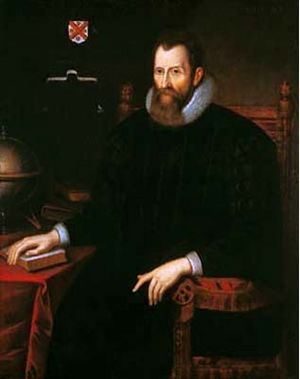 A logarithm tells what exponent (or power) is needed to make a certain number, so logarithms are the inverse (opposite) of exponentiation.

The following is an example of an exponential function:

This exponential equation has an inverse, its logarithmic equation:

In this equation, the base is 2, the argument is 8 and the answer is 3.

Aside from computations, logarithm also has many other real-life applications:

This is true because:

. Some authors prefer the use of natural logarithms as

, but usually mention this on preface pages.

For example, let a be 6 and b be 2. With calculators we can show that this is true (or at least very close):

The results above had a small error, but this was due to the rounding of numbers.

Similarly, logarithm which divides inside the argument can be turned into a difference of logarithm (because it is the inverse operation of multiplication):

Before computers, the table of logarithms was an important tool. In 1617, Henry Briggs printed the first logarithm table. This was soon after Napier's basic invention. Later, people made tables with better scope and precision. These tables listed the values of logb(x) and bx for any number x in a certain range, at a certain precision, for a certain base b (usually b = 10). For example, Briggs' first table contained the common logarithms of all integers in the range 1–1000, with a precision of 8 digits.