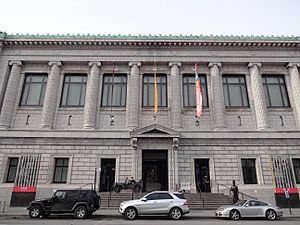 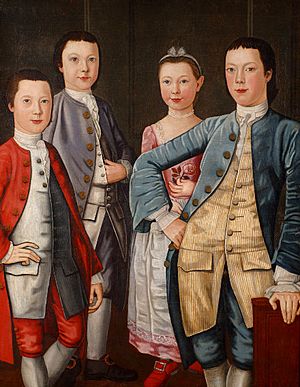 The New-York Historical Society is an American history museum and library located in New York City. It is at the corner of 77th Street and Central Park West on the Upper West Side of Manhattan. The group was created in 1804 as New York's first museum. It has exhibitions, public programs, and research about the history of New York and the United States. It focuses on Manhattan.

It has been at its current place since 1908.

Louise Mirrer has been the president of the Historical Society since 2004.

All content from Kiddle encyclopedia articles (including the article images and facts) can be freely used under Attribution-ShareAlike license, unless stated otherwise. Cite this article:
New-York Historical Society Facts for Kids. Kiddle Encyclopedia.