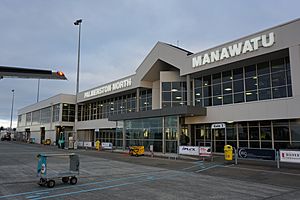 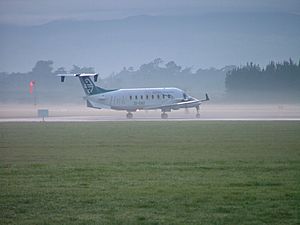 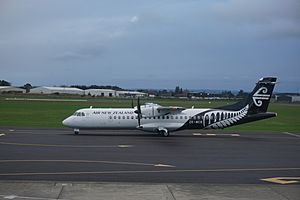 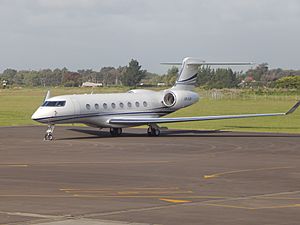 The airport operates two runways, a sealed 1902m runway and a parallel grass 608m runway, which is utilised for general aviation and training activities by Massey University’s School of Aviation, Helipro and Eagle Aviation. Operating 24/7 with no curfews imposed, the airport has become a freight hub for Parcelair.

Common aircraft operating in Palmerston North Airport are ATR72, Bombardier Q300, Boeing 737-400F and Jetstream 31. Diamond DA40 and DA42 training aircraft used by Massey University’s School of Aviation are also commonly seen in the airport. In addition to the normal aircraft types, the airport is able to cater for Airbus A320 aircraft. The airport accommodates charters including business jets through to the larger Airbus A320 aircraft. The airport receives some diverted flights from Wellington due to adverse weather conditions there. The airport has an excellent operational preference, opening majority of the time.

The first airfield on this site was created by the Milson Aerodrome Society in 1931, comprising a grass runway. It was used exclusively for private flights. The first commercial flights began in 1936, operated by Union Airways. During World War II the airport was also used as a military facility. When the National Airways Corporation commenced service to the airport in the 1950s the runway was sealed and a terminal building was constructed; jets started to serve the airport domestically operated by Air New Zealand in 1975, beginning with Boeing 737-200s.

A new terminal was constructed in 1992 and a new taxiway was built in 1994. Following the major upgrades of the airport, Freedom Air started regular international flights to Brisbane and Sydney in 1996. Other destinations including Gold Coast, Melbourne and Nadi were added in 1999.

A Royal Brunei Airlines Boeing 767-200 landed at the airport on 10 March 2003 due to diversion, making it the first and only 767 to land at the airport. Since Freedom Air ceased operations in 2008 and Oz jet pulling out of a contract before any flights began, no carrier has served the airport with scheduled international flights.

In 2014, the airport released its Master plan for 2014-2035. Some proposed ideas include further lengthening the runway, a new taxiway parallel to the runway and an Instrument landing system.

In 2016 due to an increase in need for overnight mail, Freightways upgraded their New Zealand domestic freight fleet from the ageing Convair 580s and 5800s to the bigger and faster Boeing 737-400Fs under the new company name of Parcelair.

On 17 May 1998, ten people towed a fully fuelled Freedom Air Boeing 737-300 over 100 metres in 47 seconds, to celebrate the opening of the new runway extensions. The record was logged in the Guinness World Records.

All content from Kiddle encyclopedia articles (including the article images and facts) can be freely used under Attribution-ShareAlike license, unless stated otherwise. Cite this article:
Palmerston North Airport Facts for Kids. Kiddle Encyclopedia.