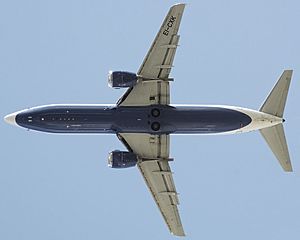 Transaero 737-400 in planform view at takeoff

After the Boeing 737-200 Advanced was made, Boeing wanted to make the 737 carry more passengers and fly further. Boeing began designing the 737 Classics in 1979. In 1980, information about the 737 Classic series was given at the Farnborough Airshow.

The 737 Classics had CFM56 turbofan engines. These engines were a very big improvement. They burned less fuel and made less noise. However, when the 737 is on the ground, the bottom of the plane is quite close to the ground. This meant that if the engines were not changed, they would be too close to the ground. Boeing and CFMI solved this by putting the engine in front of the wing, instead of below it. They also moved some parts of the engine to the side of the engine, instead of the bottom. These changes mean that the front of the 737 engines are not circles. 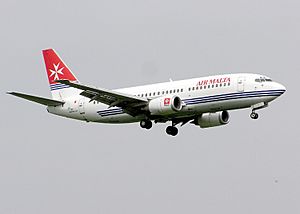 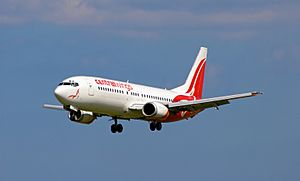 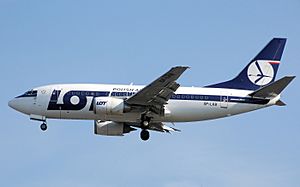 Users of the 737 Classic 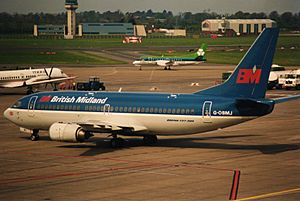 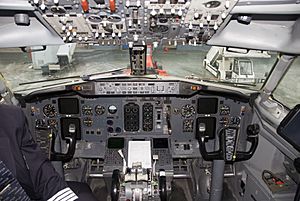 Many countries use the 737 Classic as a military plane. Some of these are:

All content from Kiddle encyclopedia articles (including the article images and facts) can be freely used under Attribution-ShareAlike license, unless stated otherwise. Cite this article:
Boeing 737 Classic Facts for Kids. Kiddle Encyclopedia.