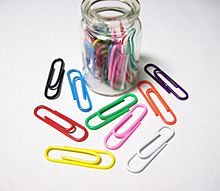 A paper clip (or sometimes paperclip) is a piece of plastic or metal that is used to hold pieces of paper together.

A paper clip is usually a thin wire in a shape that is wrapped in on itself. It is used to hold two or more pieces of paper together by pressure. Some other kinds of paper clips use two pieces.

The type of wire paper clip that is usually used was never patented. It was first made by The Gem Manufacturing Company sometime during the 1890s. The first time Gem was mentioned was in 1883, but historians do not think this is when they began making paper clips. The first advertisement for paper clips was in August 1894. The "Gem" name was trademarked in the United States in 1904. The trademark paperwork said that the paper clip had been sold since March 1892.

It has been said that Herbert Spencer invented the paper clip.

It is proven that the paper clip was well known by 1899. A patent was given that year for a "machine to make wire paper clips" to William Middlebrook on April 27. The drawing in the patent shows a Gem paper clip. There are many different kinds of paper clips. Some have pointy ends instead of round ones. Some have a bent end. This was done so that it is easier to put paper in. Some of them have wires with bumps that allow them to hold the paper better. Some paper clips are made to look good. They are sometimes in a triangle or a circle. 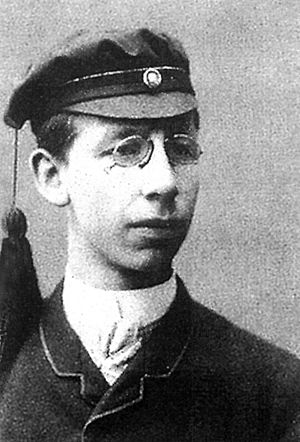 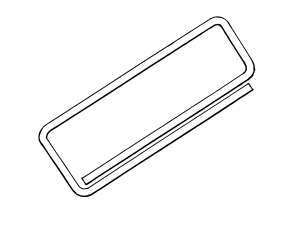 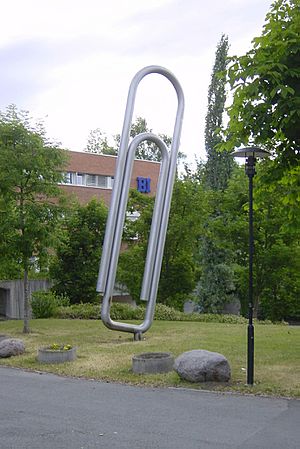 A Norwegian, Johan Vaaler (1866–1910), has sometimes been called the inventor of the paper clip. He was given patents in Germany and in the United States for a paper clip of a different design

Vaaler was probably given a patent in other countries because patent laws in the 1800s were not as tough as they are today. Vaaler worked in a patent office, or place that deals with patents, and could have given himself a patent very easily.

The patents that Vaaler held have since expired. The Gem paper clip was used around the world, including in Norway. His device did not work as well as the Gem version. This was because it was hard to put pieces of paper in it, and it did not look as good when there was paper in it.

The person who started the Norwegian paper clip myth was a person who worked for Norway's patent office. He visited Germany in the 1920s to get patents for some Norwegian inventions. He came across Vaaler's patent, and did not realize that it was not the same as the Gem paper clip. In a pamphlet put out by the patent office in celebration of its first 50 years, he wrote about how Vaaler was the inventor of the paper clip. This was put into many Norwegian encyclopedias after World War II.

The war helped make the paper clip into a national symbol. Some Norwegian patriots wore them on the outside of their clothing as a symbol of resistance to the German occupiers and local Nazi rulers when they were not allowed to protest. Soon, the Nazi's made wearing them illegal.

The first Norwegian encyclopedia did mention it as a symbol of resistance, but did not call it a Norwegian invention. According to the encyclopedia, the idea started in France.

After the war, Norway believed the paper clip was a national symbol. Authors of books on the history of Norwegian technology used its status to make their stories bigger. The did not mention that Vaaler's clip was not the same as the Gem clip. In 1989, a big paper clip, almost 7 meters tall was put up in a college near Oslo in honor of Vaaler. The monument is a Gem paper clip, and not the one that was patented by Vaaler. In 1999, 100 years after the German patent was accepted, Norway celebrated by making a postage stamp that had a paper clip on it. However, it was once again the Gem paper clip in the stamp. In 2005, there was a Norwegian biography written about Johan Vaaler, 'The inventor of the paper clip.'

Paper clips are usually made out of wire. A paper clip can be useful when working with many things, like computers. The metal wire can be made straight with a little bit of work. Some things have buttons that cannot be reached by fingers if the people who make the device do not want users pressing them accidentally. Most CD-ROM drives have small buttons like this to eject the CD-ROM if there is not any power. A paper clip bent into a 'U' shape can be used to create a short circuit to start a computer if there is no power button.

Kyle MacDonald took one red paperclip and traded it for a house. He began with a red paper clip and posted it on craigslist, trading it for a pen. MacDonald kept trading things until he finally traded a movie role for a two-story house in Kipling, Saskatchewan.

Paper clips can be used to pick a lock. Usually, professional lock picking tools are used, because most paper clips are not strong enough for this use.

All content from Kiddle encyclopedia articles (including the article images and facts) can be freely used under Attribution-ShareAlike license, unless stated otherwise. Cite this article:
Paper clip Facts for Kids. Kiddle Encyclopedia.