Placerville ( PLASS-ər-vil; formerly Old Dry Diggings, Dry Diggings, and Hangtown) is the county seat of El Dorado County, California. The population was 10,389 at the 2010 census, up from 9,610 at the 2000 census. It is part of the Sacramento–Arden-Arcade–Roseville Metropolitan Statistical Area.

Placerville is located on U.S. Route 50 where it crosses State Route 49 and is the location of several traffic signals along the highway, which is otherwise a freeway.

There were 4,001 households out of which 31.3% had children under the age of 18 living with them, 41.7% were married couples living together, 15.9% had a female householder with no husband present, and 37.9% were non-families. 31.2% of all households were made up of individuals and 14.3% had someone living alone who was 65 years of age or older. The average household size was 2.34 and the average family size was 2.90.

After the discovery of gold at Sutter's Mill in nearby Coloma, California, by James W. Marshall in 1848 sparked the California Gold Rush, the small town now known as Placerville was known as Dry Diggin's after the manner in which the miners moved cartloads of dry soil to running water to separate the gold from the soil. Later in 1849, the town earned its most common historical name, "Hangtown", because of the numerous hangings that had occurred there. According to the museum guide at the Fountain & Tallman Museum, there were only three hangings that occurred after three men on horseback came into town with guns ablaze. The name stuck after that. By about 1850, the temperance league and a few local churches had begun to request that a more friendly name be bestowed upon the town. The name was not changed until 1854 when the City of Placerville was incorporated. At its incorporation Placerville was the third largest town in California. In 1857 the county seat was then moved from Coloma to Placerville, where it remains today.

Placerville was a central hub for the Mother Lode region's mining operations. The town had many services, including transportation (of people and goods), lodging, banking, and had a market and general store. The history of hard-rock mining is evidenced by an open and accessible Gold Bug Park & Mine, now a museum with tours and books.

The Southern Pacific Railroad once had a branch line that extended from Sacramento to Placerville. The track was abandoned in the 1980s. The Camino, Placerville and Lake Tahoe Railroad (now abandoned) also operated an 8-mile (13 km) shortline that operated between Camino, California, and Placerville until June 17, 1986. As of March 29, 2007, 52 miles (84 km) of the right-of-way have been purchased by the city of Folsom, and 18 miles (29 km) of track have been restored. Plans are in motion for a tourist train along the route by 2015.[8]

Placerville has several buildings listed on the National Register of Historic Places; several are noted below.

Formerly known as Anderson Field, the arena and main grandstand that is now known as Placerville Speedway was originally built by the El Dorado County Fair during the winter months of 1956. Constructing a clay racing surface around the perimeter of the football field, Warren Jewitt and Bruno Romani created what was originally known as "Hangtown Speedway". Auto racing took place here for the first time on June 18, 1965.

Since 1965, Placerville Speedway has hosted several racing divisions. The track was cut out of a hillside, giving it higher banking, and covered with a dark red clay racing surface. 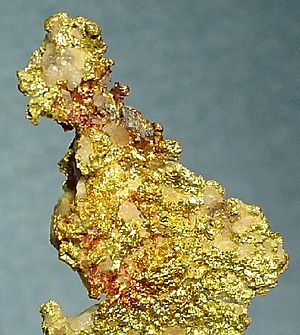 Placerville is a historic community from the gold-rush days, and accordingly there are many old buildings from this period. A walk down Main Street also reveals many historical markers, signifying spots of certain events or persons of importance during this period. Placerville was also on the line of the Pony Express, a short-lived mail carrier service that connected California to the Midwest and East (basically from Sacramento to St. Joseph, Missouri).

Historically, Placerville was often referred to by the name "Hangtown," due to the frequent hangings that occurred in the lawless area. Those traveling in the area can still see the old Hangman's platform that was used for public hangings. It can also be seen on the street markers in town.

Placerville is home to the Mountain Democrat newspaper and Marshall Medical Center.

The [Southern Pacific] branch line was purchased from the Union Pacific in 1996 for $14 million by the Joint Powers Authority consisting of Sacramento County, Folsom, and El Dorado County. The line is being restored to run historic excursion trains from Folsom to Placerville on a total of 35 miles (56 km) of track.

Placerville is served by two major highways. California State Route 49 runs north and south, connecting the city with the other major communities in the Sierra Nevada foothills. U.S. Route 50 heads west to Sacramento and east to South Lake Tahoe. This portion of U.S. Route 50 is a part of the Lincoln Highway.

Placerville is served by the Placerville Airport. A Good Neighbor Airport, it has a 4,200-foot-long (1,300 m) runway, but is not currently served by any commercial air transport.

All content from Kiddle encyclopedia articles (including the article images and facts) can be freely used under Attribution-ShareAlike license, unless stated otherwise. Cite this article:
Placerville, California Facts for Kids. Kiddle Encyclopedia.