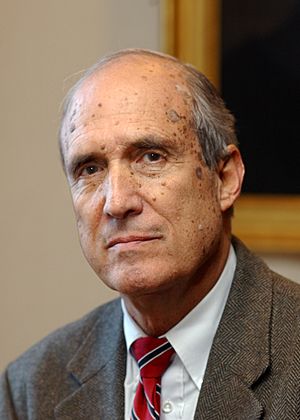 Robert Arbuckle Berner (November 25, 1935 – January 10, 2015) was an American scientist and educator. He was known for his work to the modeling of the carbon cycle. He taught geology and geophysics from 1965 to 2007 at Yale University.

Berner was born in Erie, Pennsylvania. He married Elizabeth Marshall Kay in 1959 and had three children.

All content from Kiddle encyclopedia articles (including the article images and facts) can be freely used under Attribution-ShareAlike license, unless stated otherwise. Cite this article:
Robert Berner Facts for Kids. Kiddle Encyclopedia.