Shelbyville is a city in Addison Township, Shelby County, in the U.S. state of Indiana and is the county seat. The population was 20,067 as of the 2020 census.

In 1818, the land that would become Shelbyville was ceded to the United States by the Miami tribe in the Treaty of St. Mary's. Also in 1818, the backwoodsman Jacob Whetzel and a party cut a trail through this "New Purchase" from the Whitewater River at Laurel due west to the White River at Waverly. This trail became known as Whetzel's Trace and was the first east-west road into the New Purchase of central Indiana. Whetzel's Trace was cut just 4 miles north of site of Shelbyville and proved important in the settlement of Shelby County.

Shelbyville was platted in 1822. Shelbyville was named in honor of Isaac Shelby, the first and fifth Governor of Kentucky and soldier in Lord Dunmore's War, the Revolutionary War, and the War of 1812. The town incorporated January 21, 1850.

The Shelbyville post office has been in operation since 1823.

The city charter received at that time was destroyed in the City Hall fire on January 1, 1928.

A railroad was built connecting Shelbyville to Indianapolis in the late 1830s, the first railroad in the state, that later expanded to connect to Madison and Jeffersonville.

Allegheny Airlines Flight 853 crashed on September 9, 1969 near Fairland. Nearly thirty of the 82 people killed were never identified and were buried in a mass grave in Shelbyville.

Shelbyville is located in Central Indiana and within the Indianapolis metropolitan area. It is 26 miles (42 km) southeast of Indianapolis. The city is at the fork of the Little Blue and Big Blue Rivers.

Prior to 1870, no public education was provided for Shelbyville's black residents. In 1870, the state required communities to provide education, but allowed them to choose whether they would be integrated or segregated. Shelbyville schools were integrated at the high school level, but segregated in the elementary grades until 1949.

Shelbyville has a public library, a branch of the Shelby County Public Library. 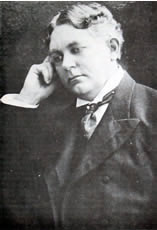 All content from Kiddle encyclopedia articles (including the article images and facts) can be freely used under Attribution-ShareAlike license, unless stated otherwise. Cite this article:
Shelbyville, Indiana Facts for Kids. Kiddle Encyclopedia.