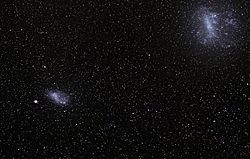 The Magellanic Clouds are two irregular, dwarf galaxies. They do not have a regular shape, and only have a few billion stars. The Magellanic Clouds can only be seen from the southern hemisphere. They orbit the Milky Way galaxy. They are part of a group of over 50 galaxies (including the Milky Way) and are in the Local Group of galaxies. The two clouds are known as the: 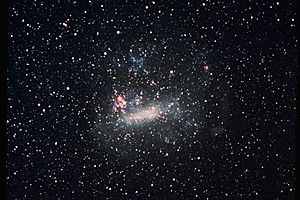