Straubing is an independent city in Lower Bavaria, southern Germany. It is seat of the district of Straubing-Bogen. Annually in August the Gäubodenvolksfest, the second largest fair in Bavaria, is held.

The city is located on the Danube forming the centre of the Gäuboden.

Straubing in the 16th century 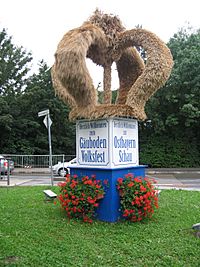 The area of Straubing has been continuously settled since the Neolithic. The conquest by the Romans in 16–14 BC had a dramatic impact on the whole region. Even today many traces of the 400-year Roman occupation can be found: for example, the famous 'Römerschatz' (Roman treasure) which was excavated in 1950 and which is shown in the Gäubodenmuseum. Sorviodurum, as the Romans called it, was an important military support base.

After the fall of the Roman Empire Straubing became a centre of settlement of the Bavarii, mostly around St. Peter's Church (built in the 9th century) between Allachbach and Danube. According to the customs of the Bavarii the settlement was named after their leader Strupinga, which later evolved into the name Straubing.

In 1218 a new part of the city (called 'new town') was founded by Duke Ludwig I Wittelsbach of Bavaria. Straubing became the capital of the Duchy of Bavaria-Straubing under Duke Wilhelm I when Bavaria was divided among the sons of Louis IV, Holy Roman Emperor in 1349. In 1429 Straubing passed to Ernest, Duke of Bavaria-Munich, who ordered the murder of Agnes Bernauer in Straubing. The grave of Agnes Bernauer cannot be found. But in the graveyard of St. Peter's Church is a chapel built by Duke Ernest.

In 1633, during the Thirty Years' War, the Swedish army successfully besieged the city.

Nowadays, this new town is the centre of Straubing with many shops, offices, restaurants and a pedestrian area. Most buildings there still have medieval style. The nightlife of Straubing, with many pubs and discothèques, is concentrated in this area.

The most important buildings are the beautiful Gothic cathedral-like Basilica of St. Jacob, the Romanesque St. Peter's Church, the Carmelite monastery with its Baroque church and library, St. Vitus's, where you can find a life-size personification of "state and church" joined in holy matrimony.

During a rally in June 1940, when Straubing and Bogen held its Kriegskreistag, some 20,000 people gathered at the Großdeutschlandplatz. Among the speakers were Gauleiter Wächtler and Gauamtsleiter Erbersdobler. In July 1940, the Donau-Zeitung reported that the Straubing Kreisleiter, Anton Putz, had flown toward France and not returned.

In 1944 and 1945, Straubing suffered from several American air raids. The local military hospital was destroyed to the extent of 80 percent with a loss of 45 patients.

In November 2016 a fire destroyed a greater part of the medieval town hall.

Straubing has many industrial areas and a port at the river Danube with access to the Rhine-Main-Danube Canal, a connection from the North Sea to the Black Sea. It is the centre of the Bavarian high tech offensive in biotechnology.

As one of five ducal residences of medieval Bavaria (besides Landshut, Munich, Ingolstadt and Burghausen) the old town of Straubing especially features many Gothic buildings. 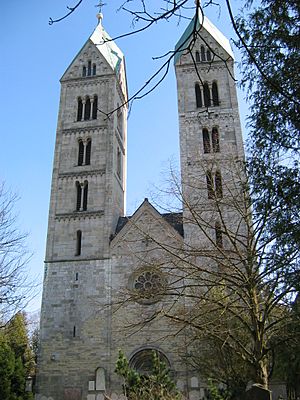 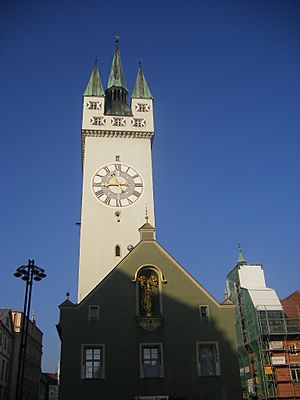 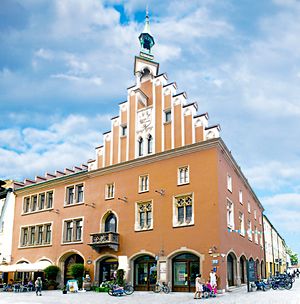 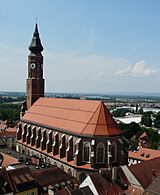 All content from Kiddle encyclopedia articles (including the article images and facts) can be freely used under Attribution-ShareAlike license, unless stated otherwise. Cite this article:
Straubing Facts for Kids. Kiddle Encyclopedia.