The Sun Belt is a region of the United States generally considered to stretch across the Southeast and Southwest. Another rough definition of the region is the area south of the 36th parallel. Within the region, desert/semi-desert (California, Nevada, Arizona, New Mexico, Utah, and Texas), Mediterranean (California), humid subtropical (Florida, Georgia, South Carolina, North Carolina, Texas, Louisiana, Mississippi, Alabama, Arkansas, and Tennessee), and tropical (South Florida) climates can be found.

The Sun Belt has seen substantial population growth since the 1960s from an influx of people seeking a warm and sunny climate, a surge in retiring baby boomers, and growing economic opportunities. The advent of air conditioning created more comfortable summer conditions and allowed more manufacturing and industry to locate in the sunbelt. Since much of the construction in the sun belt is new or recent, housing styles and design are often modern and open. Recreational opportunities in the sun belt are often not tied strictly to one season, and many tourist and resort cities, such as Las Vegas, Los Angeles, Atlanta, Houston, Miami, Myrtle Beach, New Orleans, Orlando, Palm Springs, Phoenix, San Diego, St. George and Tampa support a tourist industry all year. 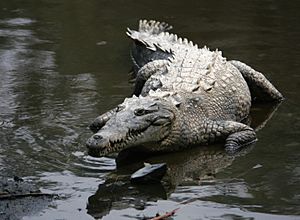 The Sun Belt comprises the southern tier of the United States, including the states of Alabama, Arizona, Florida, Georgia, Louisiana, Mississippi, New Mexico, South Carolina, Texas, roughly two-thirds of California (up to Greater Sacramento), and parts of North Carolina, Nevada, and Utah. Five of the states—Arizona, California, Florida, Nevada, and Texas—are sometimes collectively called the Sand States because of their abundance of beaches or deserts.

First employed by political analyst Kevin Phillips in his 1969 book The Emerging Republican Majority, the term "Sun Belt" became synonymous with the southern third of the nation in the early 1970s. In this period, economic and political prominence shifted from the Midwest and Northeast to the South and West. Factors such as the warmer climate, the migration of workers from Mexico, and a boom in the agriculture industry allowed the southern third of the United States to grow economically. The climate spurred not only agricultural growth, but also the migration of many retirees to retirement communities in the region, especially in Florida and Arizona.

Industries such as aerospace, defense, and oil boomed in the Sun Belt as companies took advantage of the low involvement of labor unions in the region (due to more recent industrialization, 1930s–1950s) and the proximity of military installations that were major consumers of their products. The oil industry helped propel states such as Texas and Louisiana forward, and tourism grew in Florida and Southern California. More recently, high tech and new economy industries have been major drivers of growth in California, Florida, Texas, and other parts of the Sun Belt. Texas and California rank among the top five states in the nation with the most Fortune 500 companies.

All content from Kiddle encyclopedia articles (including the article images and facts) can be freely used under Attribution-ShareAlike license, unless stated otherwise. Cite this article:
Sun Belt Facts for Kids. Kiddle Encyclopedia.