Tourism on the Eastern Shore (Nova Scotia) facts for kids 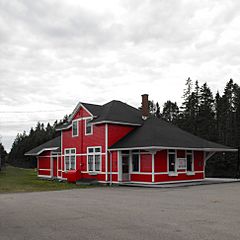 The Eastern Shore is a tourism region of the province of Nova Scotia, Canada. It provides two percent of the revenue for the province's tourism economy. One of its key features is an archipelago known as the 100 Wild Islands area.

All content from Kiddle encyclopedia articles (including the article images and facts) can be freely used under Attribution-ShareAlike license, unless stated otherwise. Cite this article:
Tourism on the Eastern Shore (Nova Scotia) Facts for Kids. Kiddle Encyclopedia.