Ville Platte is a small city and the parish seat of Evangeline Parish, Louisiana, United States. The population was 7,430 at the 2010 census, down from 8,145 at the 2000 census. The city's name is French roughly translating to "flat city", in reference to its relatively flat topography in contrast to the more hilly terrain north of the area. 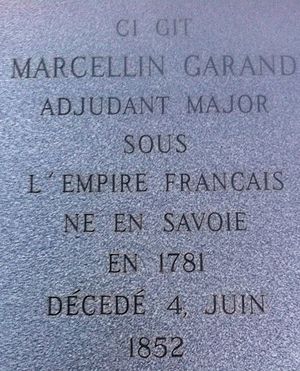 The area around Ville Platte appears to have been first settled during the last half of the eighteenth century, when Louisiana was under Spanish rule. The earliest record of settlement in the immediate area of Ville Platte was in the 1780s.

Popular legend states the founder of Ville Platte was Marcellin Garand, an adjutant major in the Army of the French Empire during the reign of Napoleon. In 1824, Garand obtained one of the first two lots that were platted in what is now Ville Platte, with the second being obtained by a Doctor Robert Windex. Those lots were obtained from the estate of William O'Donegan. This appears to be the actual beginning of, or the founding of, the present town of Ville Platte.

The first post office in Ville Platte was established in 1842 with Marcellin Garand as postmaster from 1842 to 1848.

There were 3,169 households out of which 32.6% had children under the age of 18 living with them, 35.9% were married couples living together, 24.5% had a female householder with no husband present, and 35.4% were non-families. 33.0% of all households were made up of individuals and 16.3% had someone living alone who was 65 years of age or older. The average household size was 2.48 and the average family size was 3.17.

Ville Platte is located at the heart of Louisiana's Cajun country. The town is famous for its smoked meat and swamp pop music, and bills itself as "Smoked Meat Capital of the World". Ville Platte has been officially designated by the Louisiana Legislature at the "Swamp Pop Capital of the World," recognizing the town's "long, rich history of fostering the development of swamp pop music."

Ville Platte has significant Creole and Cajun cultural associations (cuisine, music, language etc.). It lies at the northern point of the "French Triangle" with a significant francophone population residing in the city as well as the parish. It is one of the birthplaces of the Afro-creole zydeco music that has become one of the signatures of Louisiana culture throughout the world, as well as the Choctaw-Métis tradition of "viande boucanee" or smoked meat.

Radio host Jim Soileau, the "Voice of KVPI" throughout most of the past 50 years, is semi-retired but still host the French News as well as co-host "La Tasse de Café" (“The Cup of Coffee”) on Monday and Wednesday mornings. He has one of the most recognized voices in Acadiana and hosted "This is Mamou Cajun radio" from location at Fred's Lounge for many years.

All content from Kiddle encyclopedia articles (including the article images and facts) can be freely used under Attribution-ShareAlike license, unless stated otherwise. Cite this article:
Ville Platte, Louisiana Facts for Kids. Kiddle Encyclopedia.