Witta is a town and locality in the Sunshine Coast Region, Queensland, Australia. In the 2011 census, Witta had a population of 1,230 people. 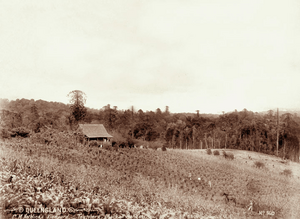 Looking from Witta Road towards Conondale, circa 1931

Witta was first settled around 1887 by German immigrant families. They called it Teutoberg (also spelled Teutoburg), possibly referring to the Teutoburg Forest area in Germany. The town was renamed in 1916 during World War 1 due to anti-German sentiment. The name Witta is a corruption of the word ''wetya'' meaning dingo in the Kabi language.

Witta is located within the Blackall Ranges. The lower land is mostly cleared for residential and farming purposes. The higher land is largely undeveloped natural bushland. 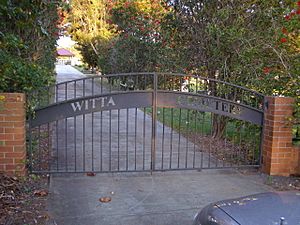 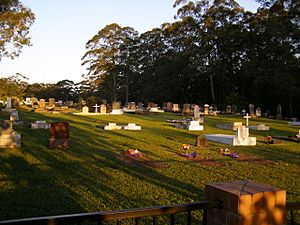 All content from Kiddle encyclopedia articles (including the article images and facts) can be freely used under Attribution-ShareAlike license, unless stated otherwise. Cite this article:
Witta, Queensland Facts for Kids. Kiddle Encyclopedia.