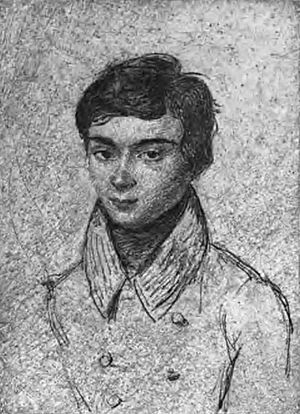 Évariste Galois (25 October 1811 – 31 May 1832) was a French mathematician. He died from a gunshot wound he received in a duel. Today, he is known for his theory about algebraic equations which is known as Galois theory.

All content from Kiddle encyclopedia articles (including the article images and facts) can be freely used under Attribution-ShareAlike license, unless stated otherwise. Cite this article:
Évariste Galois Facts for Kids. Kiddle Encyclopedia.