Abyssinia was mentioned in Egyptian records in 980 BC. Its king made the country Christian in the 4th century. The Solomonid dynasty ruled from 1270 to 1974 A.D., when it was overthrown by communists. At the time of its overthrow, it was the longest-lasting government in the world and one of the only two nations that did not get colonized in Africa. 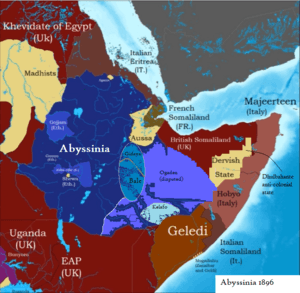 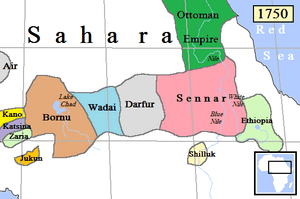 All content from Kiddle encyclopedia articles (including the article images and facts) can be freely used under Attribution-ShareAlike license, unless stated otherwise. Cite this article:
Abyssinia Facts for Kids. Kiddle Encyclopedia.