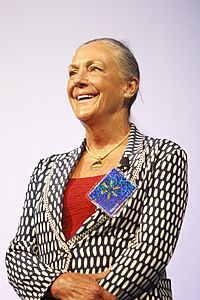 Alice Louise Walton (born October 7, 1949) is an American businesswoman, philanthropist and art collector. She is an heir to the fortune of Walmart Inc. She is the daughter of Walmart founder Sam Walton and Helen Walton, and sister of S. Robson Walton, Jim Walton and the late John T. Walton.

In September 2016, she owned over US$11 billion in Walmart shares. As of May 2020, she was ranked as the 9th-richest person in the world and the richest woman, with a net worth of $56 billion.

Walton was born in Newport, Arkansas.

All content from Kiddle encyclopedia articles (including the article images and facts) can be freely used under Attribution-ShareAlike license, unless stated otherwise. Cite this article:
Alice Walton Facts for Kids. Kiddle Encyclopedia.