Alternative medicine describes any practice that aims to achieve the healing effects of medicine, but which lacks biological plausibility and is untested,untestable or proven ineffective. Holistic medicine is another re-branding of alternative medicine

Alternative therapies share in common that they reside outside medical science, and rely on pseudoscience. Traditional practices become "alternative" when used outside their original settings without proper scientific explanation and evidence.

Some alternative practices are based on theories that contradict the science of how the human body works; others resort to the supernatural or superstitious to explain their effect. In others, the practice is effective but has too many side-effects.

Alternative medicine is distinct from experimental medicine, which employs the scientific method to test therapies by way of responsible and ethical clinical trials, producing evidence of either effect or of no effect.

Much of the perceived effect of an alternative practice arises from a belief that it will be effective (the placebo effect), or from the treated condition resolving on its own (the natural course of disease).

The alternative sector is a highly profitable industry with a strong following, and faces far less regulation over the use and marketing of unproven treatments. Its marketing often advertises the treatments as being "natural" or "holistic", in comparison to those offered by "big pharma". Billions of dollars have been spent studying alternative medicine, with little to no positive results. 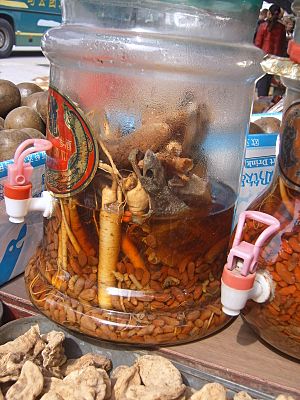 This was due to misleading mass marketing of "alternative medicine" being an effective "alternative" to bio-medicine, changing social attitudes about not using chemicals and challenging the establishment and authority of any kind an with the growing frustration and desperation by patients about limitations and side effects of science-based medicine.

Patients can be averse to the painful, unpleasant, and sometimes-dangerous side effects of biomedical treatments. Treatments for severe diseases such as cancer and HIV infection have well-known, significant side-effects.

Even low-risk medications such as antibiotics can have potential to cause life-threatening anaphylactic reactions in a very few individuals. Many medications may cause minor but bothersome symptoms such as cough or upset stomach. In all of these cases, patients may be seeking out alternative therapies to avoid the adverse effects of conventional treatments.

According to the National Health Service (England), the most commonly used complementary and alternative medicines (CAM) supported by the NHS in the UK are: acupuncture, aromatherapy, chiropractic, homeopathy, massage, osteopathy and clinical hypnotherapy.

All content from Kiddle encyclopedia articles (including the article images and facts) can be freely used under Attribution-ShareAlike license, unless stated otherwise. Cite this article:
Alternative medicine Facts for Kids. Kiddle Encyclopedia.