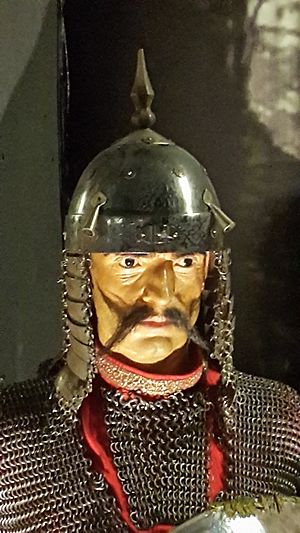 Alp Arslan, Real name Muhammad bin Dawud Chaghri was the second Seljuk Sultan who reigned from 1063 to 1072. He is famous for his Conquest of Anatolia after defeating The Byzantines In the Battle of Manzikert and Expansion of the Seljuk Empire.

All content from Kiddle encyclopedia articles (including the article images and facts) can be freely used under Attribution-ShareAlike license, unless stated otherwise. Cite this article:
Alp Arslan Facts for Kids. Kiddle Encyclopedia.