The American Swedish Historical Museum is the oldest Swedish-American museum in the United States. It is located in Franklin Delano Roosevelt Park in South Philadelphia, on part of a historic 17th-century land grant originally provided by Queen Christina of Sweden to settlers of New Sweden.

During 1926, the Swedish-American committee of the Sesqui-Centennial International Exposition of 1926 was formed. Noted author and historian, Amandus Johnson was elected to be its president. From this activity grew a committee to plan ways to preserve the memory of the New Sweden colony which dated to 1638. The New Sweden Tricentennial Association was formed which commissioned and published Swedes In America, 1638–1938, a work of historical research which was edited by Adolph B. Benson and Naboth Hedin (New Haven, CT: Yale University Press. 1938).

Soon, the first national campaign was underway to erect a Swedish Museum in Philadelphia. On June 2, 1926, Sweden's Crown Prince and future King Gustaf VI Adolf placed the Museum's cornerstone. In the fall of 1928, Christian von Schneidau painted the Museum's entrance-hall ceiling and wall murals. The formal public dedication of the Museum took place on June 28, 1938. This event was set to coordinate with the 300th anniversary of the Swedish arrival on the Delaware shores. Swedish Prince Bertil and Princess Louise made up the royal party that dedicated the Museum.

The building's design is based on Ericsberg Castle, a 17th-century manor house in Södermanland, Sweden. The architect, John Nydén, a Swedish-American from Chicago, combined Swedish and American elements by modeling the exterior arcades on those of Mount Vernon. The copper cupola is a copy of the one atop Stockholm City Hall. The Museum has 12 permanent galleries displaying a broad and interesting collection combining history and culture. Three of the Museum’s 12 galleries are devoted to the history of the New Sweden Colony established in the Delaware Valley in 1638. The museum provides a wealth of information about this often unfamiliar period in history. Other galleries, ranging in style from Art Deco to International, concentrate on more recent Swedish contributions. 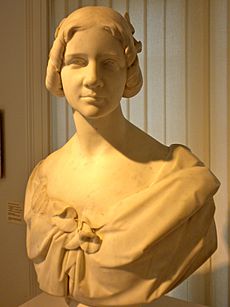 Bust of Jenny Lind, 1850, which she kept in the drawing room of her home in Malvern, England and which was later donated to the Museum by her son Col. Ernest Goldschmidt. 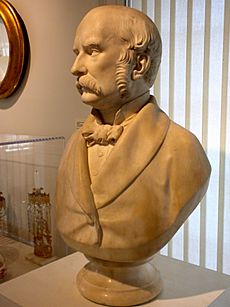 The American Swedish Historical Museum Spirit of Raoul Wallenberg Humanitarian Award is presented to an individual, individuals or organization who/which has demonstrated a commitment to humanitarianism through acts which achieve a significant contribution, other than money, to alleviate human suffering or injustice, involved sacrifices or risks and are performed without expectation of reward or recognition. The award is named after Raoul Wallenberg, the courageous Swedish diplomat and his work to save Hungarian Jews during World War II. The Spirit of Raoul Wallenberg Award consists of a cash prize and a specially designed bowl from Orrefors, Sweden which is presented to the award recipient at the award ceremony. Past recipients have included A. Leon Higginbotham on the basis of his advocacy on behalf of America’s children within the legal profession and his human rights efforts in South Africa, Dr. William P. Magee, Jr. and Kathleen S. Magee for their work in establishing Operation Smile, Per Anger for his collaboration with Raoul Wallenberg in saving Hungarian Jews during World War II and the Reverend Dr. Haruun L. Ruun of Sudan for his extraordinary efforts to bring peace to the divided state.

All content from Kiddle encyclopedia articles (including the article images and facts) can be freely used under Attribution-ShareAlike license, unless stated otherwise. Cite this article:
American Swedish Historical Museum Facts for Kids. Kiddle Encyclopedia.