The Aurealis Awards are presented annually by the Australia-based Chimaera Publications and WASFF to published works to "recognise the achievements of Australian science fiction, fantasy, horror writers". To qualify, a work must have been first published by an Australian citizen or permanent resident between 1 January and 31 December of the corresponding year; the presentation ceremony is held the following year. It has grown from a small function of around 20 people to a two-day event attended by over 200 people.

Since their creation in 1995, awards have been given in various categories of speculative fiction. Categories currently include science fiction, fantasy, horror, speculative young adult fiction—with separate awards for novels and short fiction—collections, anthologies, illustrative works or graphic novels, children's books, and an award for excellence in speculative fiction. The awards have attracted the attention of publishers by setting down a benchmark in science fiction and fantasy. The continued sponsorship by publishers such as HarperCollins and Orbit has added weight to the honour of the award.

The results are decided by a panel of judges from a list of submitted nominees; the long-list of nominees is reduced to a short-list of finalists. Ties can occur if the panel decides that both entries show equal merit, however they are encouraged to choose a single winner. The judges are selected from a public application process by the Award's management team.

This article lists all the short-list nominees and winners in the best young-adult novel category, as well as novels that have been highly commended. Three people have won the award twice – Isobelle Carmody, Garth Nix and Scott Westerfeld. Westerfeld holds the record for most nominations with nine, and Rory Barnes has the most nominations without winning, having been a losing finalist five times.

In the following table, the years correspond to the year of the book's eligibility; the ceremonies are always held the following year. Each year links to the corresponding "year in literature" article. Entries with a blue background have won the award; those with a white background are the nominees on the short-list.

*   Winners and joint winners
*   Nominees on the shortlist 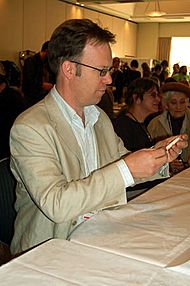 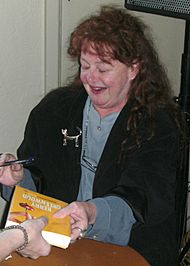 Kerry Greenwood has won once in 1996 and received a high commendation in 2005. 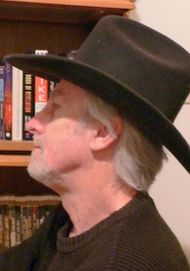 Damien Broderick has been a short-list nominee twice with his collaborations with Rory Barnes.

Richard Harland has been a finalist once in 2000.

Scott Westerfeld has received the most nominations with nine and has been a winner on three of those occasions.

Sean Williams has been a finalist twice, most recently in 2009.

The high commendations are announced alongside the list of finalists for their respected year of eligibility. In the following table, the years correspond to the year of the book's eligibility; the ceremonies are always held the following year. Each year links to the corresponding "year in literature" article.

All content from Kiddle encyclopedia articles (including the article images and facts) can be freely used under Attribution-ShareAlike license, unless stated otherwise. Cite this article:
Aurealis Award for best young adult novel Facts for Kids. Kiddle Encyclopedia.