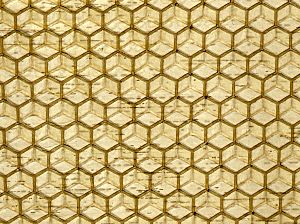 Beeswax is a wax used by honeybees for building their hive. It is also used in the cosmetics and pharmaceutical industry. Large amounts of beeswax are used to make candles. It only has a minor role in the chemical industry, to make ski wax, for example. Sweets which are made of gelatin sometimes use beeswax as a covering. In medicine and physical therapy, beeswax is sometimes used to treat a cough and common cold, as well as muscle pain.

The wax is formed by worker bees, which secrete it from eight wax-producing mirror glands on the inner sides of the sternites (the ventral shield or plate of each segment of the body) on abdominal segments 4 to 7. The sizes of these wax glands depend on the age of the worker, and after many daily flights, these glands begin to gradually atrophy.

The new wax is initially glass-clear and colourless, becoming opaque after mastication and adulteration with pollen by the hive worker bees. Also, the wax becomes progressively more yellow or brown by incorporation of pollen oils and propolis. The wax scales are about 3 mm (0.12 in) across and 0.1 mm (0.0039 in) thick, and about 1100 are required to make a gram of wax.

Honey bees use the beeswax to build honeycomb cells in which their young are raised with honey and pollen cells being capped for storage. For the wax-making bees to secrete wax, the ambient temperature in the hive must be 33 °C to 36 °C (91 °F to 97 °F).

The amount of honey used by bees to produce wax has not been accurately determined. The book, Beeswax Production, Harvesting, Processing and Products, suggests 1 kg of beeswax is used to store 22 kgs honey. According to Whitcomb's 1946 experiment, 6.66 to 8.80 kgs of honey yields 1 kg of wax. Another study estimated that 24 to 30 kgs of honey is produced per kg of wax. 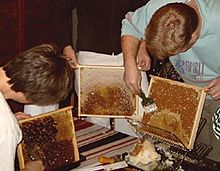 When beekeepers extract the honey, they cut off the wax caps from each honeycomb cell with an uncapping knife or machine. Its color varies from nearly white to brownish, but most often a shade of yellow, depending on purity, the region, and the type of flowers gathered by the bees. Wax from the brood comb of the honey bee hive tends to be darker than wax from the honeycomb. Impurities accumulate more quickly in the brood comb. Due to the impurities, the wax must be rendered before further use. The leftovers are called slumgum.

The wax may be clarified further by heating in water. As with petroleum waxes, it may be softened by dilution with mineral oil or vegetable oil to make it more workable at room temperature. 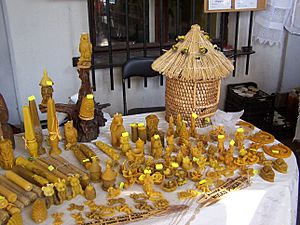 Beeswax has many and varied uses. Primarily, it is used by the bees in making their honeycombs. Apart from this use by bees, the use of beeswax has become widespread and varied. Purified and bleached beeswax is used in the production of food, cosmetics, and pharmaceuticals. The three main types of beeswax products are yellow, white, and beeswax absolute. Yellow beeswax is the crude product obtained from the honeycomb, white beeswax is bleached or filtered yellow beeswax, and beeswax absolute is yellow beeswax treated with alcohol. In food preparation, it is used as a coating for cheese; by sealing out the air, protection is given against spoilage (mold growth). Beeswax may also be used as a food additive E901, in small quantities acting as a glazing agent, which serves to prevent water loss, or used to provide surface protection for some fruits. Soft gelatin capsules and tablet coatings may also use E901. Beeswax is also a common ingredient of natural chewing gum.

Use of beeswax in skin care and cosmetics has been increasing. A German study found beeswax to be superior to similar barrier creams (usually mineral oil-based creams such as petroleum jelly), when used according to its protocol. Beeswax is used in lip balm, lip gloss, hand creams, salves, and moisturizers; and in cosmetics such as eye shadow, blush, and eye liner. Beeswax is also an important ingredient in moustache wax and hair pomades, which make hair look sleek and shiny.

Candle-making has long involved the use of beeswax, which is highly flammable, and this material traditionally was prescribed for the making of the Paschal candle or "Easter candle". This may be because beeswax candles are often purported to be superior to other wax candles, because they are meant to burn brighter and longer, do not bend, and burn "cleaner". It is further recommended for the making of other candles used in the liturgy of the Roman Catholic Church. Beeswax is also the candle constituent of choice in the Orthodox Church.

Beeswax is an ingredient in surgical bone wax, which is used during surgery to control bleeding from bone surfaces; shoe polish and furniture polish can both use beeswax as a component, dissolved in turpentine or sometimes blended with linseed oil or tung oil; modeling waxes can also use beeswax as a component; pure beeswax can also be used as an organic surfboard wax. Beeswax blended with pine rosin, can serve as an adhesive to attach reed plates to the structure inside a squeezebox. It can also be used to make Cutler's resin, an adhesive used to glue handles onto cutlery knives. It is used in Eastern Europe in egg decoration; it is used for writing, via resist dyeing, on batik eggs (as in pysanky) and for making beaded eggs. Beeswax is used by percussionists to make a surface on tambourines for thumb rolls. It can also be used as a metal injection moulding binder component along with other polymeric binder materials. Beeswax was formerly used in the manufacture of phonograph cylinders. It may still be used to seal formal legal or Royal decree and academic parchments such as placing an awarding stamp imprimatur of the university upon completion of post-graduate degrees. 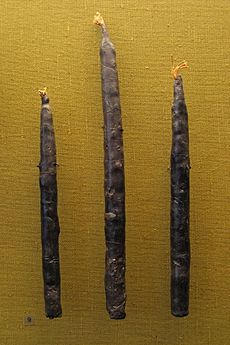 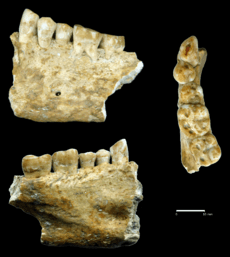 Beeswax was among the first plastics to be used, alongside other natural polymers such as gutta-percha, horn, tortoiseshell, and shellac. For thousands of years, beeswax has had a wide variety of applications; it has been found in the tombs of Egypt, in wrecked Viking ships, and in Roman ruins. Beeswax never goes bad and can be heated and reused. Historically, it has been used:

All content from Kiddle encyclopedia articles (including the article images and facts) can be freely used under Attribution-ShareAlike license, unless stated otherwise. Cite this article:
Beeswax Facts for Kids. Kiddle Encyclopedia.