Carmel (pronounced CAR-mel) is a town in Putnam County, New York, United States. As of the 2010 census, the town had a population of 34,305.

The Town of Carmel is on the southern border of Putnam County, abutting Westchester County. There are no incorporated villages in the town, although the hamlets of Carmel and Mahopac each have populations sizable enough to be thought of as villages. 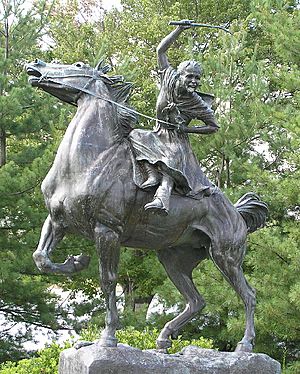 The statue of Sybil Ludington on Gleneida Avenue 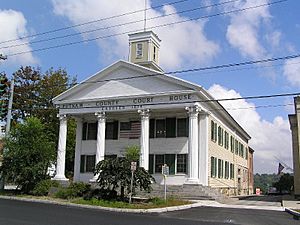 The town was settled around 1740 by George Hughson. On the night of April 26, 1777, after learning the news that the British had begun burning nearby Danbury, Connecticut, sixteen-year-old Sybil Ludington rode her horse, Star, the entire night through the hamlets of Carmel, Mahopac, Kent Cliffs and Farmers Mills, warning those along the way that the British were coming before returning home at dawn. A statue memorializing the "female Paul Revere" sits alongside Lake Gleneida 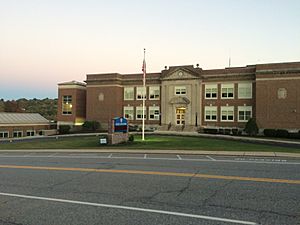 Communities and locations in Carmel

All content from Kiddle encyclopedia articles (including the article images and facts) can be freely used under Attribution-ShareAlike license, unless stated otherwise. Cite this article:
Carmel, New York Facts for Kids. Kiddle Encyclopedia.