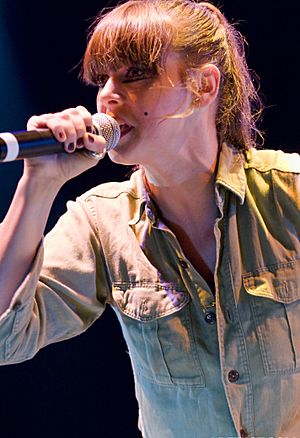 Charlyn Marie Marshall (better known by her stage identity Cat Power; 21 January, 1972) is an American singer-songwriter and musician. She has been releasing albums since 1992. Her cover of "Sea of Love" is played in the 2007 movie Juno.

She was born in Atlanta, and has lived in several other states.

All content from Kiddle encyclopedia articles (including the article images and facts) can be freely used under Attribution-ShareAlike license, unless stated otherwise. Cite this article:
Cat Power Facts for Kids. Kiddle Encyclopedia.