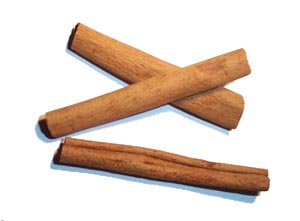 Cinnamon ( SIN-ə-mən) is a spice obtained from the inner bark of several tree species from the genus Cinnamomum. Cinnamon is used in both sweet and savory foods. The term "cinnamon" also refers to its mid-brown color.

Cinnamon is the name for several species of trees and the commercial spice products that some of them produce. All are members of the genus Cinnamomum in the family Lauraceae. Only a few Cinnamomum species are grown commercially for spice. 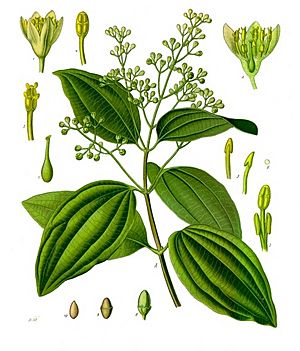 Cinnamon has been known from remote antiquity. It was imported to Egypt as early as 2000 BCE. Cinnamon was so highly prized among ancient nations that it was regarded as a gift fit for monarchs and even for a god; a fine inscription records the gift of cinnamon and cassia to the temple of Apollo at Miletus. Though its source was kept mysterious in the Mediterranean world for centuries by the middlemen who handled the spice trade, to protect their monopoly as suppliers, cinnamon is native to India, Sri Lanka, Bangladesh, and Myanmar.

Cinnamon was too expensive to be commonly used on funeral pyres in Rome, but the Emperor Nero is said to have burned a year's worth of the city's supply at the funeral for his wife Poppaea Sabina in AD 65.

During the 1500s, Ferdinand Magellan was searching for spices on behalf of Spain, and in the Philippines found Cinnamomum mindanaense which was closely related to C. zeylanicum, the cinnamon found in Sri Lanka. This cinnamon eventually competed with Sri Lankan cinnamon, which was controlled by the Portuguese. 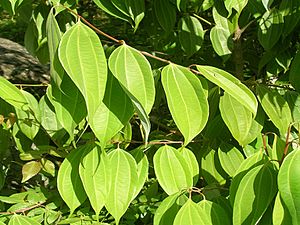 Leaves from a wild cinnamon tree

Cinnamon is an evergreen tree characterized by oval-shaped leaves, thick bark, and a berry fruit. When harvesting the spice, the bark and leaves are the primary parts of the plant used. Cinnamon is cultivated by growing the tree for two years, then coppicing it, i.e., cutting the stems at ground level. The following year, about a dozen new shoots form from the roots, replacing those that were cut.

The stems must be processed immediately after harvesting while the inner bark is still wet. The cut stems are processed by scraping off the outer bark, then beating the branch evenly with a hammer to loosen the inner bark, which is then pried off in long rolls. The processed bark dries completely in four to six hours, provided it is in a well-ventilated and relatively warm environment. Once dry, the bark is cut into 5- to 10-cm (2- to 4-in) lengths for sale. 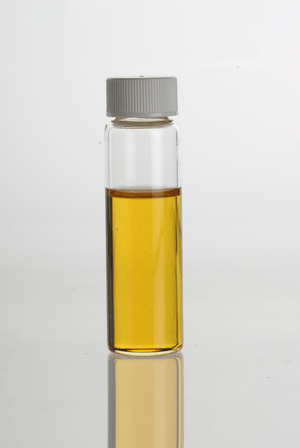 The flavor of cinnamon is due to an aromatic essential oil that makes up 0.5 to 1% of its composition. This essential oil is prepared by roughly pounding the bark, macerating it in sea water, and then quickly distilling the whole. It is of a golden-yellow color, with the characteristic odor of cinnamon and a very hot aromatic taste. 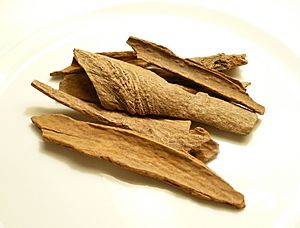 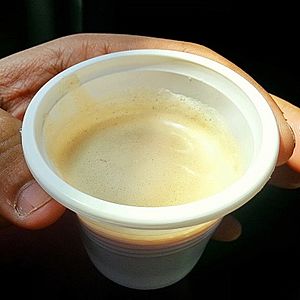 Besides use as flavourant and spice in foods, cinnamon-flavoured tea, also flavoured with cardamom, is consumed as a hot beverage in Bangladesh, India, and Pakistan.

Cinnamon bark is used as a spice. It is principally employed in cookery as a condiment and flavouring material. It is used in the preparation of chocolate, especially in Mexico, cinnamon is often used in savoury dishes of chicken and lamb. In the United States, cinnamon and sugar are often used to flavour cereals, bread-based dishes, such as toast, and fruits, especially apples; a cinnamon-sugar mixture is even sold separately for such purposes. It is also used in Turkish cuisine for both sweet and savoury dishes. Cinnamon can also be used in pickling and Christmas drinks such as eggnog. Cinnamon powder has long been an important spice in enhancing the flavour of Persian cuisine, used in a variety of thick soups, drinks, and sweets. Cinnamon was used to make the spiced wine, claret, in the Middle Ages. In India, cinnamon is commonly used in making flavoured tea. It is either directly added as small pieces or put in powdered form during the preparation of tea. It is known as "Daal-Cheeni" in Hindi.

Cinnamon has a long history of use in traditional medicine. It has been tested in a variety of clinical conditions, such as bronchitis or diabetes, but there is no scientific evidence that consuming cinnamon has any health benefits.

All content from Kiddle encyclopedia articles (including the article images and facts) can be freely used under Attribution-ShareAlike license, unless stated otherwise. Cite this article:
Cinnamon Facts for Kids. Kiddle Encyclopedia.