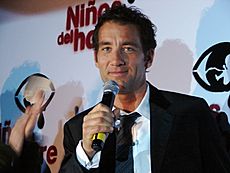 Owen at the Children of Men premiere in Mexico City, 2006. 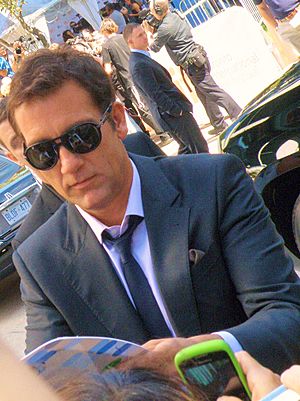 Owen was born in Coventry, Warwickshire. He has been married to Sarah-Jane Fenton since 1995. They have two daughters, Hannah and Eve.

All content from Kiddle encyclopedia articles (including the article images and facts) can be freely used under Attribution-ShareAlike license, unless stated otherwise. Cite this article:
Clive Owen Facts for Kids. Kiddle Encyclopedia.