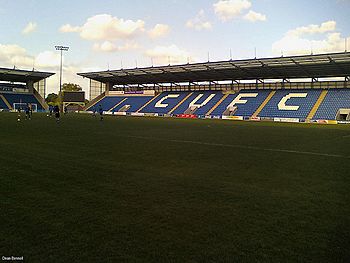 Colchester United Football Club is a professional association football club based in the town of Colchester, Essex, England. The team competes in League Two, the fourth tier of the English football league system.

Founded in 1937 by Matthew Tierney, the club spent its early years playing in the Southern Football League until they were elected to the Football League in 1950. Between 1950 and 1990, Colchester spent their time between the Third Division and Fourth Division, during which time they produced one of their most memorable results, a 3–2 victory in the fifth round of the FA Cup over Don Revie's Leeds United in 1971. 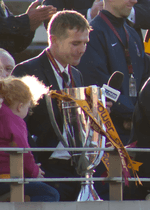 Former Colchester United manager Phil Parkinson, who guided the club to the Championship for the first time in their history.

Colchester United were relegated to the Football Conference in 1990 following a decline in the late 1980s, but won the Conference title in 1992 to make a swift return to League football. They achieved promotion to the Second Division in 1998 following a 1–0 win against Torquay United in the play-off final.

The club were again promoted in 2006, achieving second place in League One. The following season, they achieved their highest league finish in club history, ending the season 10th in the Championship ahead of East Anglian rivals Ipswich Town, Norwich City and also Essex rivals Southend United, despite having the division's lowest attendance. The club returned to League One in 2008 following relegation from the Championship and then made a return to the fourth tier for the first time in 18-years in 2016.

Colchester United play their home games at Colchester Community Stadium in Colchester. They relocated to the stadium in 2008 when they moved away from Layer Road, their home stadium for 71 years.

All content from Kiddle encyclopedia articles (including the article images and facts) can be freely used under Attribution-ShareAlike license, unless stated otherwise. Cite this article:
Colchester United F.C. Facts for Kids. Kiddle Encyclopedia.