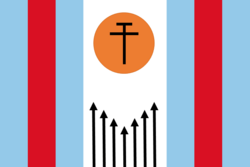 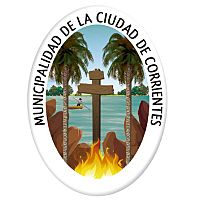 Corrientes is a city in Argentina. It is the capital city of the province of Corrientes, on the eastern shore of the Paraná River, and about 1,000 km from Buenos Aires. According to the census of 2001, the city had 328,689 people.

As the provincial capital, Corrientes is the most important city in the province, being an economical center, and holds the authorities and governmental institutions.

The annual average temperature is 20 °C, with maximum and minimum averages of 33 °C and 10 °C, respectively. The annual rainfall is around 1,200 mm.

All content from Kiddle encyclopedia articles (including the article images and facts) can be freely used under Attribution-ShareAlike license, unless stated otherwise. Cite this article:
Corrientes Facts for Kids. Kiddle Encyclopedia.