The 2016 Democratic Party presidential primaries and caucuses are taking place in the 50 states, the District of Columbia and U.S. territories. It takes place before to the 2016 general election to elect the Democratic Party's nominee for the Presidency of the United States. These primaries and caucuses are held between February 1 and June 14. Current president and 2012 nominee, Barack Obama, can not stand for re-election due to term limits under the Twenty-second Amendment.

Hillary Clinton, then Secretary of State, decided to run for president in April 2015. Clinton had served as a U.S. Senator (2001–09) and was the First Lady of the U.S. (1993–2001). A January 2013 Washington Post–ABC News poll showed that she had high popularity among the American public. This polling data made many political pundits and observers to anticipate that Clinton would launch a second presidential bid in 2016, entering the race as the early front-runner for the Democratic nomination.

On May 26, 2015, Independent U.S. Senator Bernie Sanders officially announced his run as a presidential candidate for the Democratic nomination, after an informal announcement in April that year, and speculation since early 2014. Sanders had served as Mayor of Burlington, Vermont (1981–1989), as Vermont's sole U.S. Representative (1991–2007), and as Vermont's junior Senator (2007–present). Bernie Sanders is currently seen as the biggest rival to Hillary Clinton, backed up by a strong grassroots campaign and social media following. His campaign picked up attention and mass support. However, in recent poll numbers, Clinton is leading Saunders nationally by 12.7 percent.

Note: Democrats Abroad Superdelegates are assigned half-votes; each of them accounts for ½ rather than 1 in the table above. 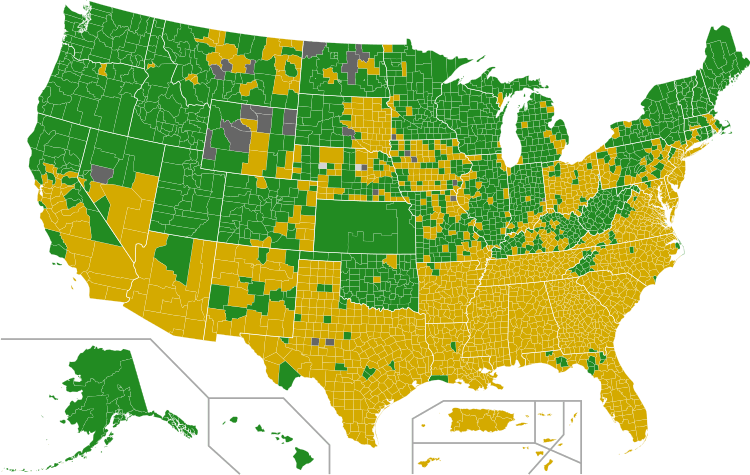 All content from Kiddle encyclopedia articles (including the article images and facts) can be freely used under Attribution-ShareAlike license, unless stated otherwise. Cite this article:
2016 Democratic Party presidential primaries Facts for Kids. Kiddle Encyclopedia.