Division of Dobell facts for kids 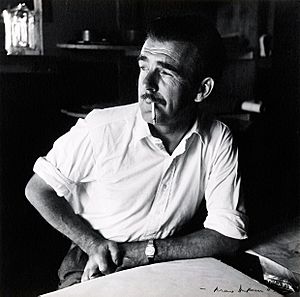 The Division of Dobell is an Australian electoral Division in New South Wales. It was set up in 1984 and is named for the Australian painter, Sir William Dobell. It is on the Central Coast and includes Bateau Bay, Berkeley Vale, Blue Haven, The Entrance, Gorokan, Jilliby, Ourimbah, Toukley, Tuggerah, Tumbi Umbi, Wamberal, Wyoming.

Craig Thomson was arrested in 2013 and charged with 173 offences including fraud and theft. He resigned form the ALP and sat as an independent. He contested the 2013 election as an independent but only got 4% of the votes.

All content from Kiddle encyclopedia articles (including the article images and facts) can be freely used under Attribution-ShareAlike license, unless stated otherwise. Cite this article:
Division of Dobell Facts for Kids. Kiddle Encyclopedia.