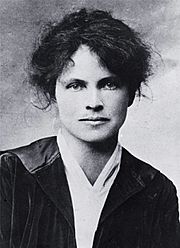 The Dorothy Canfield Fisher Children's Book Award annually recognizes one new American children's book selected by the vote of Vermont schoolchildren. It was inaugurated in 1957. In 2020, it was temporarily renamed as the "Vermont Middle-Grade Book Award".

The award is co-sponsored by the Vermont State PTA and the Vermont Department of Libraries and was originally named after the Vermont writer Dorothy Canfield Fisher.

Each spring a committee of eight adults selects a "Master List" of thirty books first published during the previous calendar year. The list is announced at the annual Dorothy Canfield Fisher Conference, usually in May, and is available at Vermont school and public libraries for children who wish to participate over the next eleven months. The following spring, those children who have read at least five of the thirty books are eligible to vote for the award, with a deadline in mid-April. The award ceremony is scheduled after the end of the school year, usually late June. Thus the award is always for books published two years previously.

The winning writer is invited to visit Vermont to speak with children about the experience of writing for children.

Awards in other categories

Vermont sponsors two other statewide book awards determined by the votes of younger and older students.

The Red Clover Book Award recognizes a picture book published two years earlier. Voters are children in grades K–4 who have read, or heard read aloud, all 10 books on the list. The Red Clover BA was established by 1997–98, if not earlier, and its 2014 winner was announced by May. It is the centerpiece of a one-day conference in October.

One book by a single writer has won the Dorothy Canfield Fisher Award every year since 1957.

Seven times from 1985 to 2005 (Template:‡), and no others, the schoolchildren selected the winner of the annual Newbery Medal (dated one year earlier, established 1922). That award by the Association for Library Service to Children recognizes the year's "most distinguished contribution to American literature for children". The first agreement of Vermont children with U.S. children's librarians was their 1985 selection of Dear Mr. Henshaw by Cleary and there were six more such agreements during the next twenty years to 2005.

All content from Kiddle encyclopedia articles (including the article images and facts) can be freely used under Attribution-ShareAlike license, unless stated otherwise. Cite this article:
Dorothy Canfield Fisher Children's Book Award Facts for Kids. Kiddle Encyclopedia.