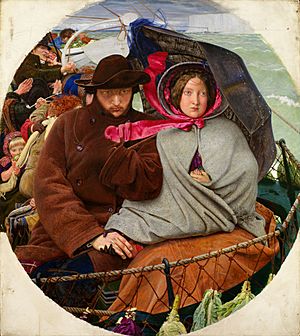 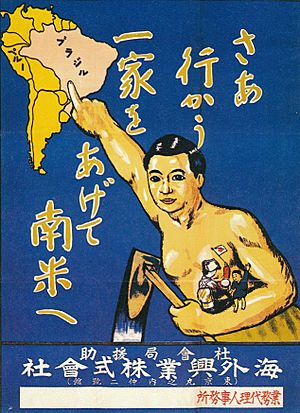 The urge to migrate is a part of human nature. People migrated well before we had written history. Emigrants from a place are its diaspora.

People who move around all the time are called nomads.

All content from Kiddle encyclopedia articles (including the article images and facts) can be freely used under Attribution-ShareAlike license, unless stated otherwise. Cite this article:
Emigration Facts for Kids. Kiddle Encyclopedia.