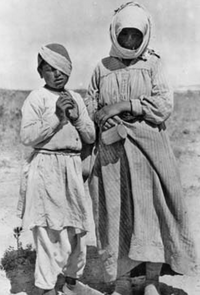 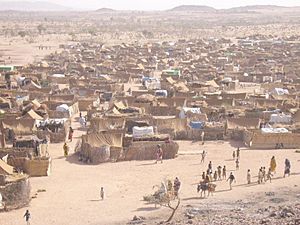 A refugee camp in Chad, linked to the Darfur conflict

In 1951, the United Nations (UN) law called Convention Relating to the Status of Refugees, said a refugee was a person who is forced to leave their country due to natural disasters or war and conflict

owing to a well-founded fear of being persecuted for reasons of race, religion, nationality, membership of a particular social group, or political opinion, is outside the country of their nationality, and is unable to or, owing to such fear, is unwilling to avail him/herself of the protection of that country.

In 1967 the Conventions’ 1967 protocol and by regional conventions in Africa and Latin America to include persons who had fled war and violence in their country. A person who is seeking to be recognized as a refugee is an asylum seeker. In the United States a recognized asylum seeker is known as an asylee.

A refugee is a person who has to leave his or her country. This can be because of different reasons:

All content from Kiddle encyclopedia articles (including the article images and facts) can be freely used under Attribution-ShareAlike license, unless stated otherwise. Cite this article:
Refugee Facts for Kids. Kiddle Encyclopedia.