Enstone is a village and civil parish in Oxfordshire, about 4 miles (6.4 km) east of Chipping Norton, and 15 miles (24 km) north-west of Oxford city.

The civil parish is one of the largest in Oxfordshire. It comprises the villages of Church Enstone and Neat Enstone (referred to collectively as Enstone), along with the hamlets of Chalford, Cleveley, Fulwell, Gagingwell, Lidstone, and Radford. The 2011 Census recorded the parish's population as 1,139, living in 453 households.

Enstone's toponym is derived from a standing stone called the Ent Stone, part of the ruins of a neolithic tomb just off the Charlbury Road. The site is also known as the Hoar Stone. It is a scheduled monument. 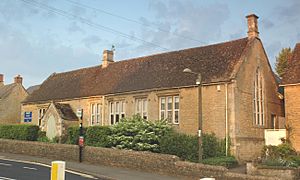 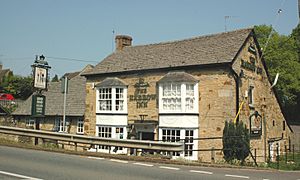 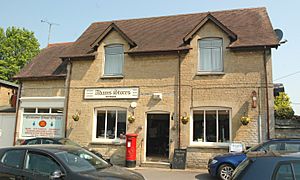 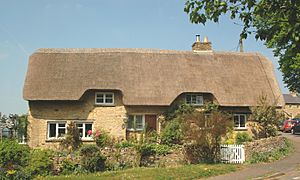 Enstone has two public houses: the Crown Inn in Mill Lane at Church Enstone, which was built late in the 17th century and extended in the 20th century, and the Artyard Cafe/Pub (previously the Harrow Inn) on the A44 main road at Neat Enstone. The County Council primary school, at Neat Enstone, was built in 1875. Also in Neat Enstone are shops including a Post Office and general store, an art gallery and a retirement home. Enstone also has a Women's Institute.

South of Enstone Aerodrome is a disused quarry. This is now the site of the Whiteways Technical Centre, where the Formula One motor racing Renault Sport F1 Team is based. The F1 team, then named Benetton Formula, moved from Witney to the Enstone site in 1992. Renault purchased the team in 2000, and in 2002 they renamed it as the Renault F1 Team. At the end of 2009, Genii Capital acquired a majority stake in the team and, with the involvement of Lotus Cars, it was renamed, first to Lotus Renault GP, and then to the Lotus F1 Team. In 2015, Renault re-acquired the team and named it the Renault Sport F1 Team. Drivers with the team have won the drivers' championship four times: Michael Schumacher in 1994 and 1995, and Fernando Alonso in 2005 and 2006. The team has won the constructors' championship three times: as Benetton in 1995, and as Renault in 2005 and 2006. The team's car for the 2012 season was named the Lotus E20, E20 being a tribute to the team members and their 20-year history and achievements at the Enstone facility.

All content from Kiddle encyclopedia articles (including the article images and facts) can be freely used under Attribution-ShareAlike license, unless stated otherwise. Cite this article:
Enstone Facts for Kids. Kiddle Encyclopedia.