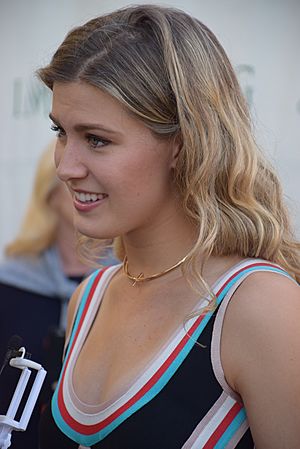 Eugenie Bouchard (born February 25, 1994) is a Canadian professional tennis player. She was born in Montreal, Quebec. She lives in Miami Beach, Florida.

Bouchard turned pro in 2009. She was the losing finalist at the 2014 Wimbledon Championships. Her world ranking peaked at no.5 later that year.

All content from Kiddle encyclopedia articles (including the article images and facts) can be freely used under Attribution-ShareAlike license, unless stated otherwise. Cite this article:
Eugenie Bouchard Facts for Kids. Kiddle Encyclopedia.